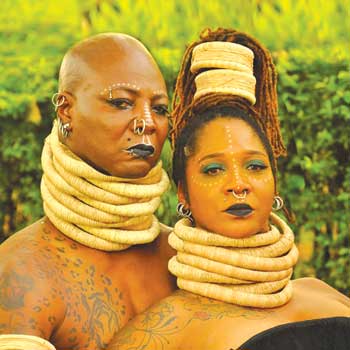 Nigerian showbiz maestro and rights activist, Charles Oputa, popularly known as Charly Boy, has disclosed that his marriage to his wife, Diane was not made from heaven.

According to the 70-year-old grandfather, his over 40-year-old marriage has been hell so many times but in it, they learnt about perseverance, tolerance, discipline and friendship.

In an Instagram post, the singer also said he and his wife disagreed on many things but agreed never to give up on each other.

“I don swim many rivers for dis my 40sometin year marriage.

“Don’t for one minute think our marriage is made in heaven. It has been through Hell many times over, we still dey patch am, e still dey leak. We have our issues, problems and challenges. (never for public consumption) We disagree on many things sometimes.

“The ONLY Thing we basically Agree on, is never to give up on each other. We both go die here I think😜

“Biko enjoy ur weekend for marriage is management. May God bless your Union too,” he concluded.

In 2018. Charly Boy formally walked his wife, Diane, down the aisle after 40 years of marriage at the chapel of the Sisters of Jesus the Redeemer Catholic Church in Gwarimpa Estate where he resides.

The ceremony was officiated by the popular Catholic clergy Bishop Matthew Kukah, in the presence of family members and close associates of the couple.

Charly Boy was first married to Stella at a Catholic Church in Onitsha in 1974 when he was 19. The relationship produced one child.

According to him, the first marriage failed because he was underage when his mother got him a wife.

Charly Boy, who has nine children from different mothers, insists that “Lady Diane is now the mother of all my children. We have 16 grandchildren.”