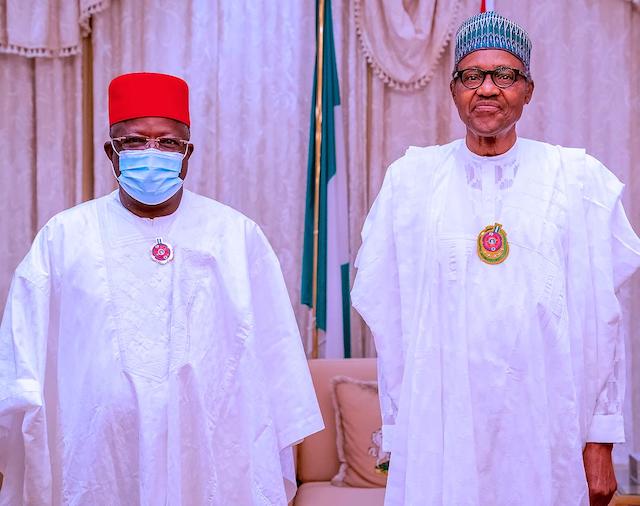 Gov. David Umahi of Ebonyi has urged the Igbos to stop insulting President Muhammadu Buhari and leaders from other regions.

Umahi said this in Abakaliki during the conclusion of the 8-day prayer and fasting session organised by the Christian Association of Nigeria (CAN), Ebonyi Chapter, over the security situation in the state.

He declared his belief in a united Nigeria and called on Igbos to drop secession agitations.

He, however, admitted that most of the secessionist groups’ agitations were genuine, noting that they could however be addressed.

He said: “I do not believe in second-class citizenship where a section of the country is being seen to be superior to others.

“We are all created by God and no one should talk of disintegrating the country.

“I want Igbos to submit these agitations and I would lead the governors and leaders of the zone to the centre to address these grievances.

“The groups can then do what they like if after six months, we fail to address these grievances.

“We would tell the authorities in Abuja that our people are aggrieved but such cannot be addressed by insulting the president, governors, and leaders from other regions of the country.

Umahi urged the people to shun bitterness, anger, violence among other vices, to avoid bringing war and destruction unto the land.

The governor thanked CAN for nurturing the spiritual life of the state and urged it to engage all aggrieved groups in the 13 local government areas of the state to shun violence.

Rev. Fr Abraham Nwali, State CAN Chairman, admonished Ebonyi people and Nigerians to appreciate God’s mercy upon them and repent from their evil ways.

“There has been no destruction or armed robbery in the state since this prayer and fasting session commenced as this shows God’s divine mercy upon the state.

“No country would experience the present situation in Nigeria and still remain one yet the citizens are bracing the inherent challenges with fortitude,” he said.