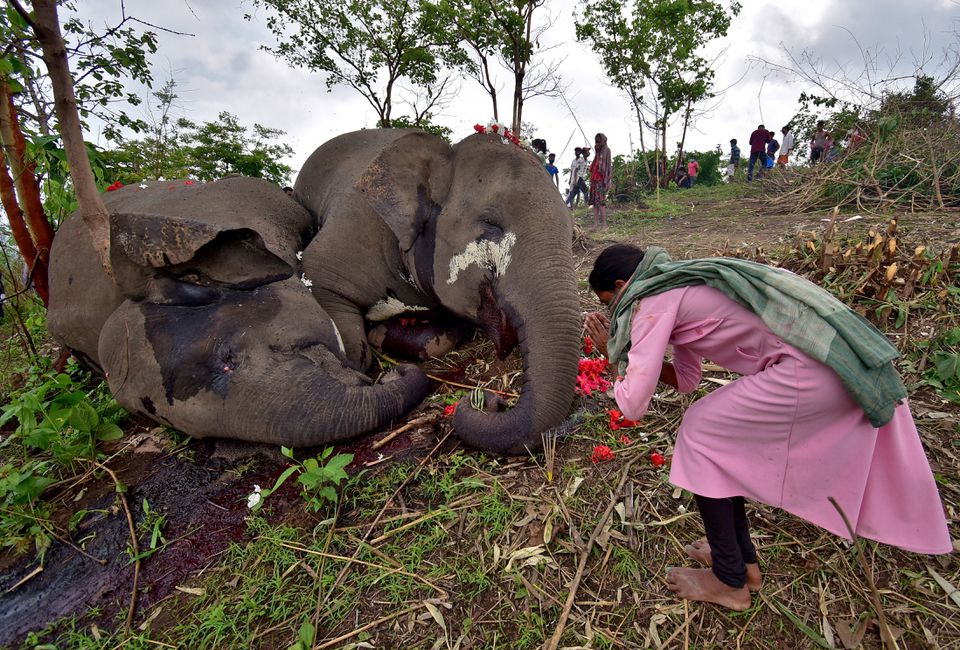 A woman prays next to the carcasses of elephants that according to the forest officials possibly died because of a lightning strike, on the foothills of the Kundoli reserve forest area in Nagaon district in the north-eastern state of Assam, India, May 14, 2021. (Reuters photo)

A herd of eighteen wild Asiatic elephants were found dead in India’s eastern state of Assam, possibly because of a massive lightning strike, local officials said on Friday.

Fourteen adult elephants were found dead by villagers on Thursday.

Another four bodies were found scattered on the foothills of the Kundoli reserve forest area of Assam, 160 kilometers from the state capital of Dispur, local wildlife official, M.K Yadava, told Reuters.

The state government ordered a high-level inquiry into the incident on Friday, Assam’s Forest and Wildlife Minister, Parimal Suklabaidya, said.

“A preliminary report suggests the deaths could be due to lightning although we need to find out through forensic tests if there could be any other reason like poisoning or disease,’’ the minister added.

Locals, who found the elephants, said the animals could have been killed by a lightning strike late on Wednesday, a local forest ranger said, adding that he had seen burnt trees in the area.

The ranger declined to be named as he was not authorized to speak to the media.