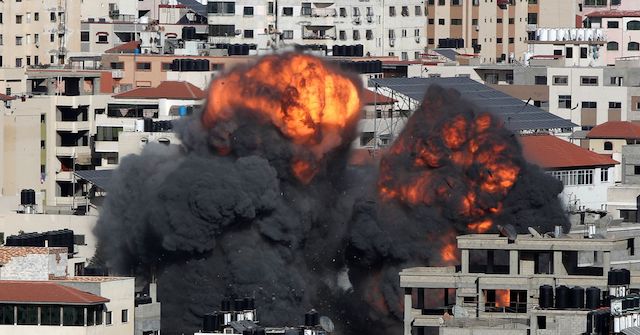 At least 132 people have been killed by Israel in Gaza since Monday, including 32 children and 21 women, and 950 others wounded, Palestinian medical officials said.

Among eight dead in Israel were a soldier patrolling the Gaza border and six civilians, including two children, Israeli authorities said.

The body counts have kept mounting as the conflict between Israel and Hamas entered the fifth night.

Early on Saturday, Israeli planes renewed air strikes in Gaza and Hamas militants responded by firing rockets into Israel as U.S. and Arab diplomats sought an end to the violence.

Palestinian medics said at least four people were killed in one of several air strikes in northern Gaza. Residents said Israeli naval boats fired shells from the Mediterranean though none may have hit the strip.

With no sign of an end to the fighting, casualties spread further afield, with Palestinians reporting 11 killed in the occupied West Bank amid clashes between protesters and Israeli security forces.

Hamas said a woman and a boy were among four people killed in an Israeli air strike that hit a home belonging to the Abu Hattab family in Gaza City’s Beach refugee camp. The Israeli army did not immediately respond to a request for comment on the strike.