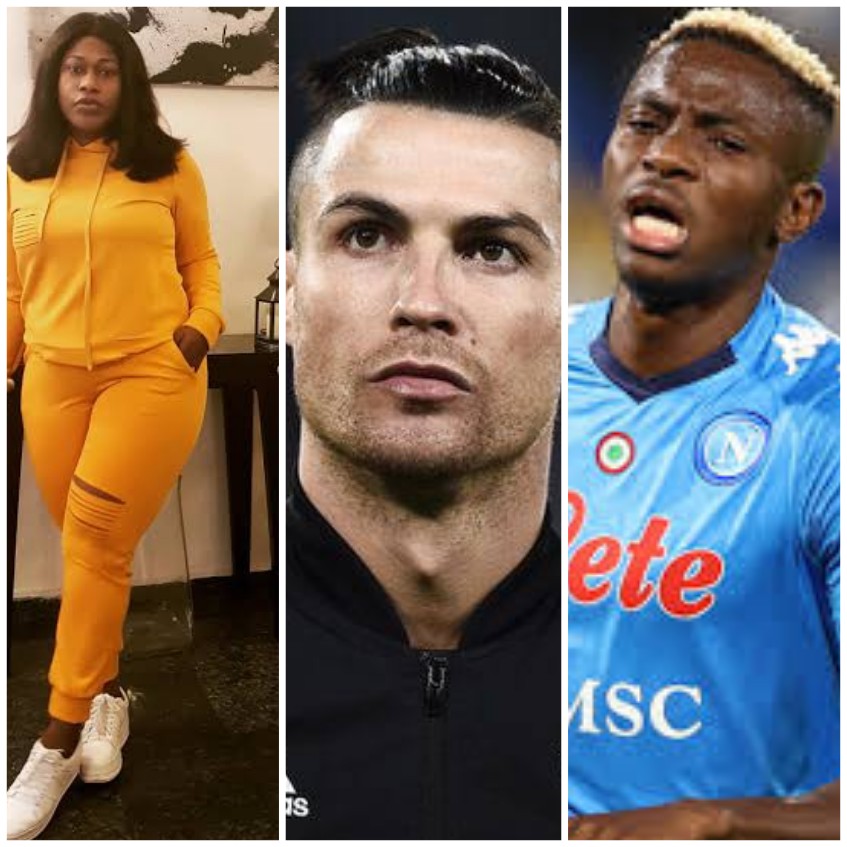 Victor Osimhen, Super Eagles striker who plays at club level for Italian side Napoli, has expressed interest to play in next season’s UEFA Champions League ahead of superstar Cristiano Ronaldo.

Osimhen said this in response to Nollywood actress, Uche Jombo who picked Ronaldo to participate in the Champions League ahead of the Nigerian.

Napoli and Ronaldo’s Juventus are locked in the race to finish top four with one team to drop for the other.

However, Napoli sits fourth place with 76 points while Juventus are 5th with 75 points as both have just one game left to secure a spot in the UCL.

“Kai. I want CR7 playing UCL next season. Love him or hate him…. There’s something he brings,” Jombo tweeted.

Osimhen, who has been in fine form for Gennaro Gattuso’s side, replied: “No wahala Aunty Uche. Me sef wan play UCL o.”

However, both Napoli and Juventus have a chance of securing Champions League football next season provided the two teams win their last league game and AC Milan lose or draw in the last game of the season against Atlanta.