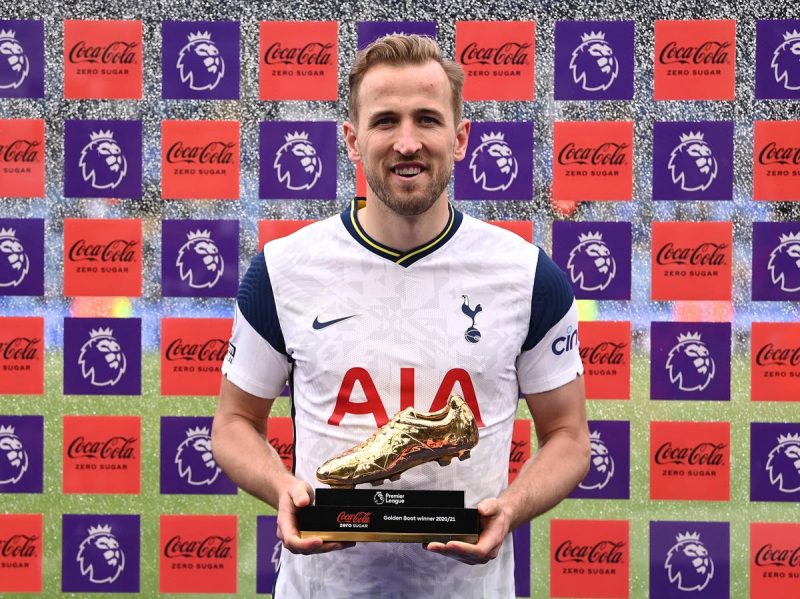 Tottenham Hotspur striker Harry Kane has won the Premier League/Cocacola Golden Boot for the third time after netting his 23rd goal of the season in the 4-2 win over Leicester at King Power Stadium.

England’s captain headed into the final day of the 2020/21 campaign level on goals with Liverpool’s Mohamed Salah.

But the Egyptian drew blank against Crystal Palace at Anfield.

This handed Kane the award after he netted Spurs’ second equaliser against the Champions League chasing Foxes.

Kane won the Golden Boot during 2015/16 and 2016/17, but has watched on in recent seasons as Salah, among others, had gone to score more than he scored.

Not only did Kane finish as the most prolific goal getter, he also grabbed the most assists (14).

Speculation has been rife over where Kane will be playing next season, after he recently reaffirmed his ambition to play regularly in the Champions League and win trophies.

The striker, however, has not announced if he made any decision yet on his future but disclosed he wants an honest conversation with club chairman, Daniel Levy.