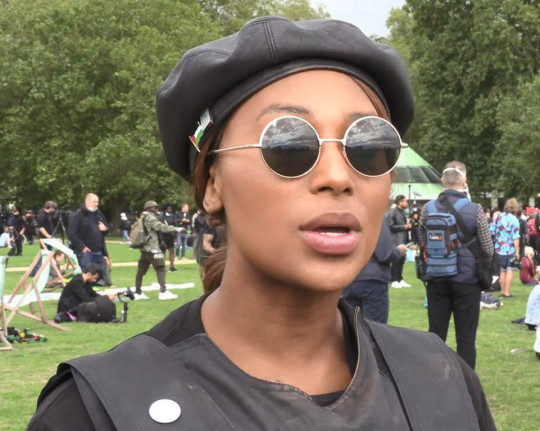 Johnson, 27, was shot in the head at a house party in Southwark London on May 23.

She remains in a critical condition in hospital

The shooting happened in the early hours of Sunday when four men, who were dressed in dark clothing, entered the property from the garden and began shooting.

He was remanded in custody till his next appearance at the Old Bailey on 25 June.

Detectives continue to appeal for anyone with information to come forward by calling police on 101 or Crimestoppers, anonymously, on 0800 555 111 and providing the reference 1172/23MAY.

Police on Wednesday arrested five people in connection with the incident and released four of them on bail two days later.

The fifth individual was the 18-year-old man from Lewisham in south London.

Johnson is an active member in the British BLM movement and a member of the Taking The Initiative Party.

Police previously said her shooting was not connected to her activism.

However her party said they are still concerned for her safety. (dpa/NAN)