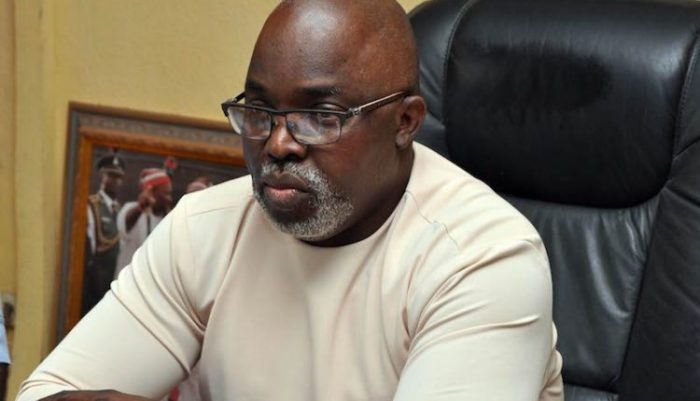 The Project 2022 Taskforce, an offshoot of the Professional Footballers Association of Nigeria (PFAN), has served a 90-day mandatory notice on the Nigeria Football Federation (NFF) to amend the current NFF Statutes 2010.

This order is contained in a statement signed by the Taskforce Chairman/Facilitator, Harrison Jalla, Secretary, Edema Fuludu and members, Rumson Baribote, Austin Popo, Tajudeen Disu, Felix Owolabi, Yahaya Adams, Stanley Okoronkwo, among others, after a news briefing on Sunday, in Warri.

And also that, “the voting pattern and any other relevant provision of the NFF Statutes 2010, in consonance with FIFA, CAF and NFF and the Constitution of the Federal Republic of Nigeria 1999 as amended”.

Baribote said that failure to comply with the demands would lead to the use of the legal process to interpret the law that set up the NFF.

The group expressed displeasure over the manner football had been administered in the country in the past decades and moved to address the anomalies.

They said that sports, particularly football, had the potential of turning around the economic fortunes of the country through employment creation and improved Gross Domestic Product (GDP).

“We, as members of the PFAN, the biggest stakeholder in Nigerian football and member of the NFF, have the locus standi by extension and implication; to seek ways to correct flaws and impediments that have made football development stunted for too long in the country.

“Nigeria Footballers past and present have been put in the remotest part of football administration consciously by the structure and system in Nigeria and this is as obvious as daylight.
“The Project 2022 Taskforce has the mandate, as members of the PFAN, to use every legal means in advocacy, statutory rights, moral ground and legislation.
“To convince all football stakeholders, internal and external, on the need for an immediate action plan to right the obtusely flawed structure for over seven and half-decade.
“In the light of the above, a 90-day mandatory notice, beginning from June 26, 2021, is hereby given vide
the relevant provisions of Article 27 sub 1 and 2 of the NFF Statutes 2010,” the task force said.
Fielding questions from newsmen, Baribote said that Professional Footballers had remained on the sidelines for too long to give the football administrators in the country enough time to stabilise the game.
“This is the right time to correct those anomalies,” Baribote said.
NAN
Tags:   Nigeria Football Federation   Professional Footballers Association of Nigeria (PFAN)