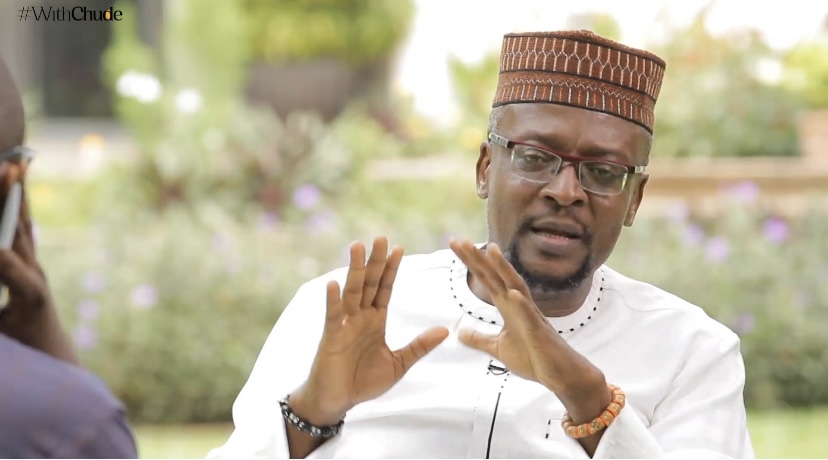 The screenwriter revealed these on the latest episode of #WithChude, with host and co-founder of Joy Inc., Chude Jideonwo.

According to Novia, being prescient is a key trait that has kept him relevant through all of Nollywood’s paradigm shifts.

He added that doing this helped him anticipate what was next rather than staying comfortable with the level of success he already attained.

“When I was a kid, I read a paragraph in a book that said something like, ‘always have a five year plan’. From that time on I started compartmentalizing my future. So, I would say, ‘What would I do in five years? What would I achieve in five years?’ After five years, I take stock and evaluate,” he said.

Disclosing a significant life event, and what seemed like a mid-life crisis, he said; “In 2003, 2004, when my movies were all up there and I was doing a whole lot of movies, I actually woke up one morning- I think I maybe had a midlife crisis at an early age- and I felt something was not right.

“I was making a whole lot of movies, my films were all there but I felt something was not right. Something was telling me, ‘there is no structure in what you are doing. DVDs and VHS are all the rave now but what if it ends tomorrow? What’s going to happen?”

This epiphany nagged him for months and led him to “sit down with the Alaba and understand the music side” of the creative industry.

Based on this, he decided to invest in the music industry. Initially, he planned to work with young people, the same way he had been doing in the movie industry.

However, his team insisted that he had to come out with a big bang. This led him on a quest for veteran music star, Majekodunmi Fasheke, unanimously known as Majek Fashek.

Recounting this quest, he said, “I went looking for him in New York. They said he had just left for another place. For about ten days I was searching, but I didn’t see him. So, I came back. I was very disappointed.”

Two days after this setback, Charles Novia met a man who knew of Majek’s whereabouts and who happened to be his manager at the time. This unexpected find led Charles Novia on a “personal mission” to bring Majek to “his former glory.” A mission which he accomplished before the icon died on June 1, 2020.

At age 50, Charles Novia still maintains a visionary outlook and looks forward to what he will achieve “in the next fifty years.”