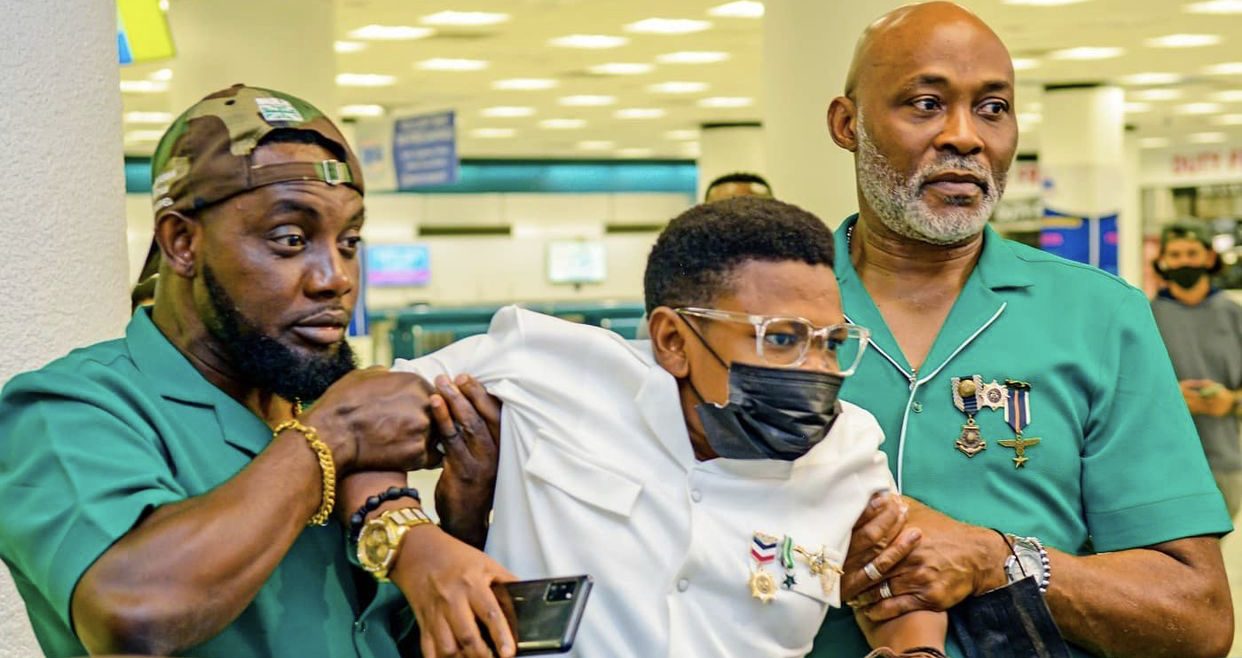 AY shared a teaser of the movie in production which will star ‘Coming To America’ actor, John Amos alongside Nollywood royalty Richard Mofe Damijo and Osita Iheme.

It is unclear if AY will be taking on his famous Akpos character (introduced in ’30 Days In Atlanta’) or if he will play a new character.

The teaser, however, suggests that the lead characters played by AY, RMD and Iheme take a trip to Miami for a Christmas competition featuring players from other countries.

AY’s new project comes over a year after ‘Merry Men 2’ debuted in cinemas.