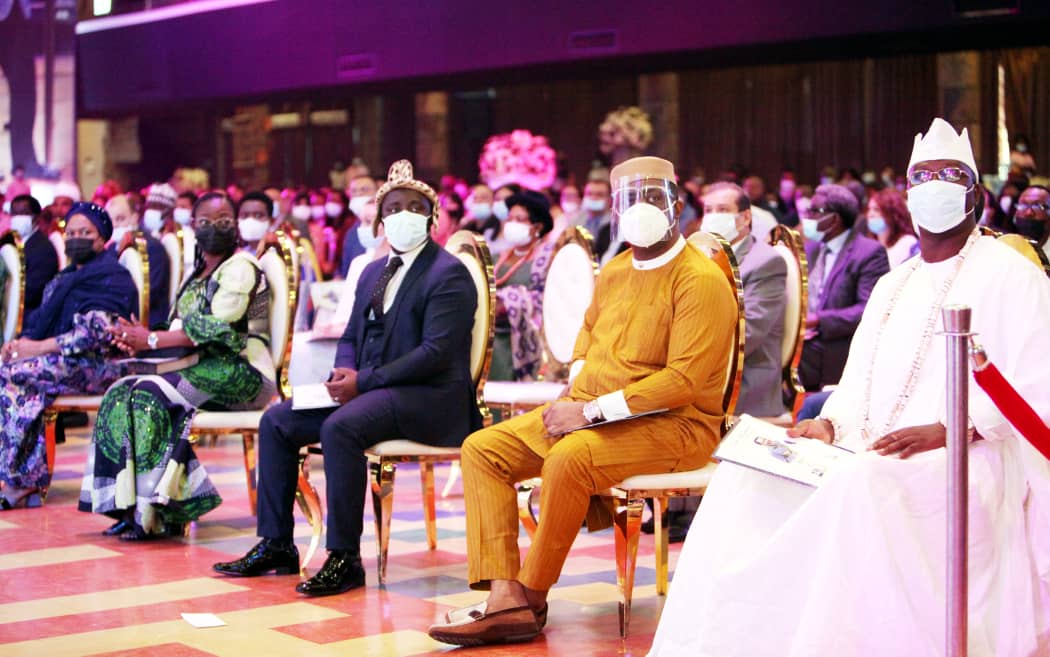 Dignitaries including the former aviation minister, Femi Fani-Kayode; and Aare Onakakanfo of Yorubaland Gani Adams on Tuesday attended the tribute service for the founder of the Synagogue Church of All Nations, Temitope Balogun Joshua, popularly known as TB Joshua.

The tribute which is one of Joshua’s burial activities was held at the SCOAN Headquarters in Lagos, a day after the candle light procession was done.

Other dignitaries were HRM King Willard Mswati Gomani, from Malawi, Dr Roussan J.R. Ettien of White House Prayer Of Our Nation (USA), Dr. Gary Tonge from the United Kingdom, Pastor Gerardo Montejano from Mexico, Bishop Williamson from the Bahamas, Pastor Robert Acosta from Argentina, and Dr Osagie Obayuwana of the Committee for the Defence of Human Rights (CDHR).

Nollywood stars at the programme include Femi Branch, Ojo Arowosafe (aka ‘Fadeyi Oloro’), Ronke Ojo (aka ‘Ronke Oshodi Oke’) and Jumoke George. They all paid tribute to Prophet T.B. Joshua.

HRM King Willard Mswati Gomani recalled the prophecy he received at The SCOAN in 2012 regarding his then missing crown.

Other activities lined up for the ceremony include lying-in-state on July 8, laying to rest and internment on July 9, and a thanksgiving service on July 11.

Security agencies including the Department of State Services, Nigerian Army, Nigeria Police Force, Lagos State Neighborhood Safety Corps, FRSC, LASTMA, others were at strategic points and at the main entrance of the church to avoid breakdown of order.