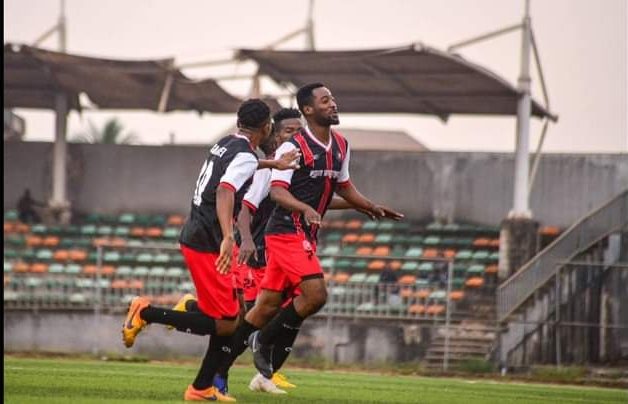 Abia Warriors Football Club of Umuahia on Wednesday in Lafia mauled Zamfara United FC of Gusau 5-0 in a Round of 32 match in the 2021 AITEO FA Cup.

Four of the goals were scored in the first half of the match played at the Lafia Township Stadium.

Lukman Bello recorded a hat trick, while Abdullahi Fatai and Chukwuemeka Obioma were also on the scoresheet in the 22nd and the 39th Minutes respectively.

Zamfara United players came out stronger in the second half with an improved defence.

They, however, conceded their fifth goal in the 82nd minute of the match when poor defending gifted Bello his hat-trick with a strong-headed goal.

Imama Amapakabo, Head Coach of Abia Warriors FC, praised his players for the resounding victory and the rediscovery of their goalscoring capabilities.

“The scoreline would have been showing up to 10 goals but we got five. I believe that my boys have gone back to wearing their scoring shoes again.

“I don’t know but I think the Lafia Stadium has been a blessing to us. Each time we come here, we score goals,” he said.

Amapakakabo said he had strong faith in the players to go all the way to the final and win the cup given their recent performances.

“It’s a knockout competition. We are here today and fortunately, we were able to win,” he said.