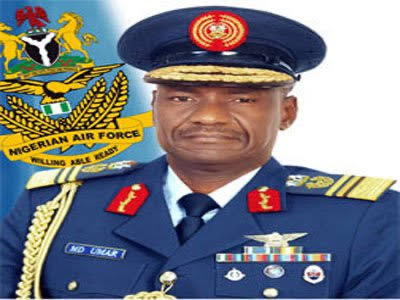 Justice Inyang Ekwo of the Federal High Court Abuja has ordered Air Commodore Umar Mohammed (rtd) to open his defence in two, out of five counts bordering on money laundering.

Justice Ekwo gave the order on Thursday while ruling on a no-case submission application filed by Mohammed.

The judge said that the court found that the prosecution failed to establish a prima facie case against the defendant in counts three, four and five.

He, however, held that a prima facie case was established against Mohammed on counts one and two which required him to defend.

Counsel to Mohammed, Mr Hassan Liman, SAN, told the court that he would tentatively call two witnesses to testify in defence of his client.

The judge adjourned the matter until Nov. 2 and Nov. 3 for the retired air chief to open his defence.

The News agency of Nigeria (NAN) reports that Mohammed and his company, Easy Jet Integrated Service Ltd are being charged with money laundering, illegal possession of firearms and possession of classified documents without lawful authority.

Mohammed is also being charged with possession of two pump action guns without valid licenses contrary Section 4 of the Firearms Act, 2004 and for having in his possession classified/official documents without lawful authority contrary to Section 1(1) (b) of the Official Secrets Act Cap. O3 LFN, 2004.

Count one of the charge reads: “That you, Air Commodore Umar Mohammed (rtd), 54 years, male and Easy Jet Integrated Services Ltd on or about June 19, 2016, within the jurisdiction of this court, received the sum of one million, thirty thousand dollars in cash from Worldwide Consortium PTY Ltd, as payment for freight services, and you thereby committed an offence contrary to Section 15 (2) (b ) of the Money Laundering Act 2011 (as Amended) and punishable under Section 15 (3) and (4) of the same Section of the Act.”