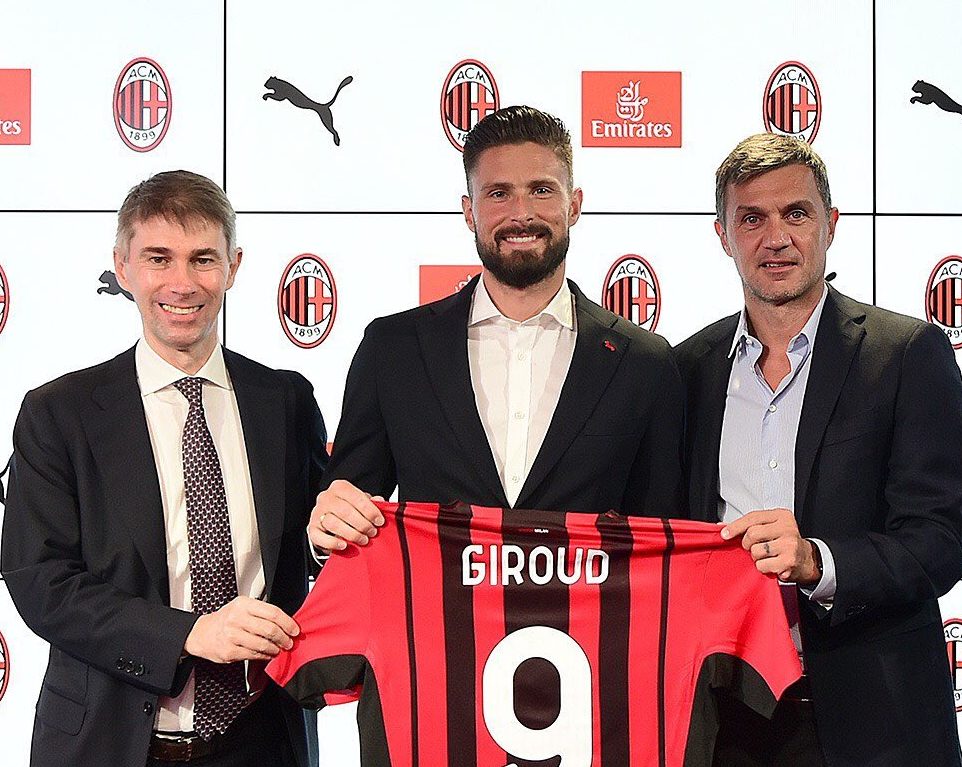 AC Milan have completed the signing of France striker Olivier Giroud from Chelsea.

The 34-year-old striker struggled for minutes under both Frank Lampard and Thomas Tuchel but had a habit of popping up with vital goals in his rare outings.

Giroud who would be remembered as a hero of the London Club posted a message to Chelsea fans on social media.

“To all the Blues, to my teammates, to all my coaches, to the whole club, a huge thank you for these special moments,” he wrote.

“I’m starting a new journey with a light and happy heart. Our victories in the FA Cup, Europa League and Champions League have been magnificent.

Giroud becomes the second Chelsea player to join Milan this summer, following center-back Fikayo Tomori, who was snapped up permanently after an excellent loan spell at San Siro last season.

He scored 39 goals across 119 appearances at Chelsea, including 11 last season.