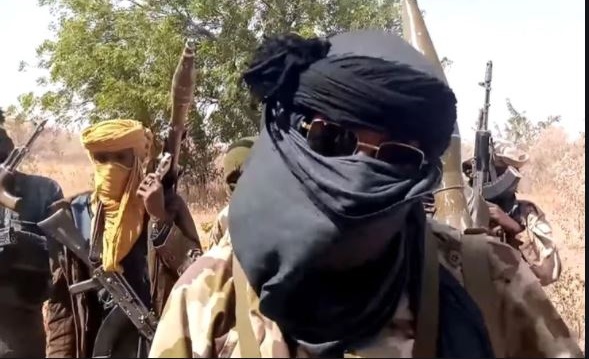 I risked my life to deliver N2.5m ransom to my in-law’s abductors- RCCG worshipper

Gov. Atiku Bagudu of Kebbi on Sunday disclosed that President Muhammadu Buhari has mandated seven North-West governors, including himself, to end banditry in the zone.

Bagudu, who is also the Chairman, APC Governors’ Forum, made the disclosure at the continuation of a Fulani Stakeholders’ Peace, Security and Unity Meeting held in Birnin-Kebbi.

The governor said the president’s directive was to ensure the urgent restoration of normalcy in the region.

He stated that the President was fully committed to adequately protecting the lives and property of all law-abiding and peaceful citizens of the country.

Bagudu acknowledged the relentless efforts of the military and the other security agencies in tackling the nation’s security challenges.

He appealed to Nigerians to be less apprehensive in confronting the enemies of peace and unity, saying: “They are a negligible few and we should all brace the odds.

“The issue of ensuring security in the nation is a collective responsibility and as such all hands must be on deck in this direction.“

Bagudu also reiterated his earlier pledge to lead the rescue efforts of the abducted students and staff of the Federal Government College (FGC) Birnin Yauri.

Suspected bandits had on Thursday, June 17 invaded the unity college and abducted some teachers and an unspecified number of students.

However, a military team has so far rescued about 11 of the abductees.

The governor said: “We were not elected only to stay in the office, but to do anything to safeguard the lives and property of all law-abiding citizens.

“We have to do everything to guarantee peace, unity and security even to the extent of sacrificing our lives as ordained by religious scriptures.”

According to Bagudu, the Fulani stakeholders meeting was called to review the progress made in tackling the challenges with a view to proffering plausible solutions.

He said his government had set up a steering committee to look into the issues of grazing reserves, cattle routes, as well as resolve lingering contentious issues between farmers and herders as a path to achieving lasting peace and security in the state.

“Government is fully aware of issues raised, just as it has already started implementing some of the recommendations raised by the committee.

“No matter the efforts put in by the government, there has to be the understanding and acceptance of those concerned to have positive effect on their lives,” he said.

He vowed that his administration would leave no stone unturned in protecting the lives and property of citizens in the state.

Bagudu also vowed to sustain ongoing efforts by his administration to improve the lives of Fulanis through livestock and dairy production, Fulani women empowerment as well as enhance other forms of farming activities.

Earlier, the Secretary-General of the committee set up by the government on Fulani matters, Alhaji Abubakar Bandam, said the meeting was part of the ongoing efforts by Miyetti Allah to support the efforts of Gov. Bagudu to address security challenges in the state, especially banditry.

“The meeting is geared towards joining hands with Fulani elite from all spheres of life and other stakeholders to rescue Kebbi and to support ongoing peace efforts by Gov. Bagudu to bring an end banditry.

“That is why he chose the former Gov. Saidu Dakingari to spearhead the steering committee, to champion, among other things, provision of basic social amenities to better the lives of Fulanis,” he said.

On his part, the Chairman of the Committee on Fulani Sensitisation, which was set up by the Kebbi Government, Dr Abdullahi Imam-Shema expressed happiness over the conduct of the meeting.

He said the meeting was an extension and continuation of the mandate of his committee to reach out to all Fulanis even in their hamlets, to enlighten them, paying particular attention to peace, unity, social wellbeing and education.

He commended Bagudu for his initiative and unrelenting effort to better the lives of Fulanis in Kebbi.

He cited the construction of earth dams, grazing reserves and nomadic schools in Fulani settlements as some of the projects undertaken to improve their wellbeing.