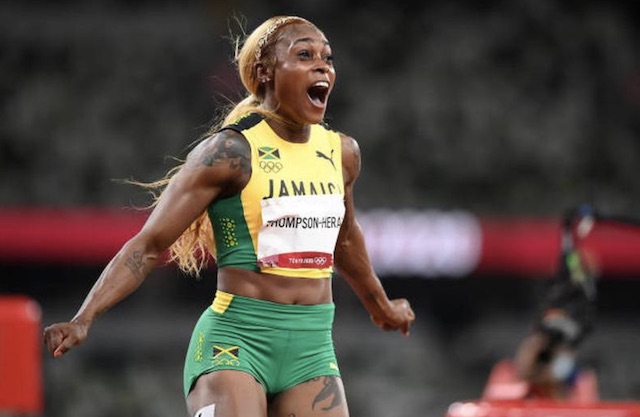 Jamaica’s Elaine Thompson-Herah has won the Women’s 100m Final in Tokyo Olympics, setting up a new Olympic record of 10:61.

Thompson-Herah successfully defended her title as as Jamaica locked out the top three places in the event Saturday.