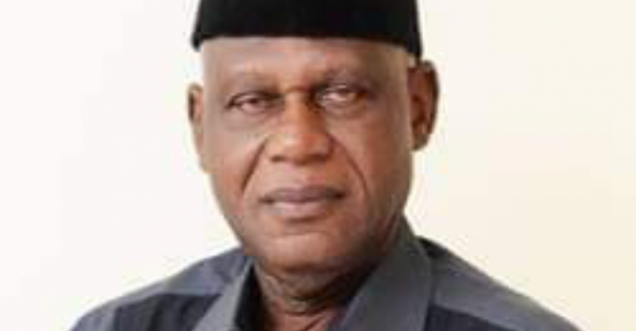 He died in the early hours of Thursday at his home in the Effurun GRA, in the Uvwie Local Government Area of Delta State.

Born in May 26, 1948, at Ehwerhe Quarter, Agbarho, in Ughelli North Local Government Area of Delta, Oneya died at 73.

His death was confirmed by a family source.

The deceased served as Military Administrator of Kano State from August 1996 to August 1998, during the military regime of General Sani Abacha.

He later served as Administrator of Benue State from 1998-1999, during the transitional regime of General Abdulsalami Abubakar.

He handed over power to George Akume on 29 May, 1999, who was elected Executive Governor.

On 17 January, 2000, Oneya was appointed Chairman of the Nigeria Football Association. In February 2002, talking of a decision to replace Amodu Shaibu by Festus Onigbinde as manager, he said Nigeria should have gained more than a bronze medal at the African Nations Cup, given the wealth of talent among Nigerian footballers.

In July 2008, Oneya headed a team charged by the National Sports Commission with investigating allegations of corruption in the local league, in response to comments from former Kano Pillars coach Kadiri Ikhana.