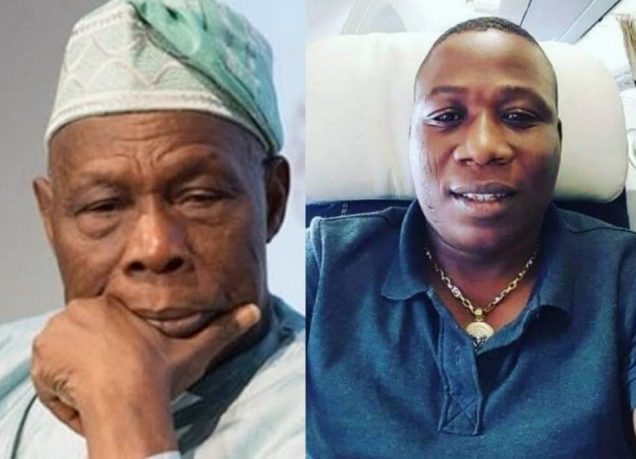 Pan-Yoruba group, Afenifere, has confirmed that the former President of Nigeria, Olusegun Obasanjo, met with the President of the Republic of Benin, Patrice Talon to intervene on Sunday Igboho’s matter.

The Special Assistant on Media to Obasanjo, Kehinde Akinyemi, had confirmed the meeting on Saturday.

“Obasanjo was in the Benin Republic on Monday and he met with the President but nobody knew what they discussed,” Akinyemi said.

However, Afenifere, on Sunday, said Obasanjo intervened because he did not want Igboho, who is currently detained in the Benin Republic, to be extradited to Nigeria.

According to Afenifere, Obasanjo does not believe Igboho will get justice if extradited to Nigeria from the Benin Republic.

“Obasanjo is a Yoruba man first before becoming a president. Yoruba leaders are not noisemakers, they don’t make noise, they act. Look at the way we fought the NADECO battle, it was intellectually coordinated.

“Obasanjo won’t want Yorubaland to be disgraced. We all know that Federal Government is after the Yoruba nation, not Igboho. Obafemi Awolowo tried his best but was rolled into prison. MKO Abiola was killed.

“We want a bigger Nigeria that is working. It is restructuring or Yoruba Nation.

“Ooni and Olubadan are Yoruba men before they are Nigerians. They have to look after their children. They will not allow Sunday to be extradited. This government is lawless, they believe in brutality, not legality.

“Obasanjo and the monarchs have shown that they are full-blooded Yoruba persons. We applaud Baba Obasanjo. God will continue to raise the Yoruba Nation up.

“We are peace-loving. If the Yoruba Nation is peaceful, every part of Nigeria will benefit from it. Nobody is now safe in Yorubaland, If they have the chance, they can attack Obasanjo too.

“Federal Government should be considerate now by the efforts of the Yoruba leaders. Obasanjo is the father of Africa and he must be respected.”

The Governor of Lagos, Babajide Sanwo-Olu, had earlier confirmed that Yoruba leaders are working “behind the scene” on Sunday Igboho’s matter.

The Southern governors had also asked DSS to inform them before carrying out major operations in the states.

This was a few days after Igboho’s house was raided by DSS, leading to the loss of lives.