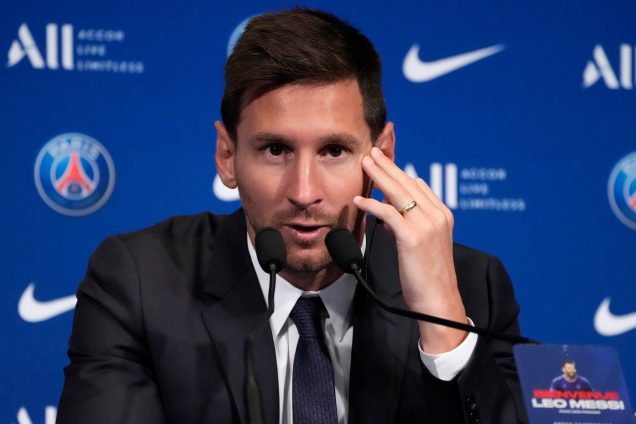 Lionel Messi confirms he will move back to Barcelona

He said this on Wednesday during his first press conference as a PSG player.

The Argentine admitted that winning the champions league is not easy, but he said the PSG have what is required to win it, a united squad.

“It’s not easy. Sometimes you can have the best team in the world and not win it – that’s football.

“PSG knows that perfectly, they’ve been so close. It’s very difficult to win it.

“You need a very united squad – this dressing room is very united. But you also need luck and you can also chase the luck. It’s a very special competition – we all want to win it.”

He also admitted it would be strange if he has to play against Barcelona in the Champions League.

“I don’t know if Barca and PSG will maybe face each other in the Champions League, it would be nice to maybe go back to Barcelona, and with fans in the stadium because of the pandemic.

“It would be very strange to play at home there but it could happen and we’ll see.”