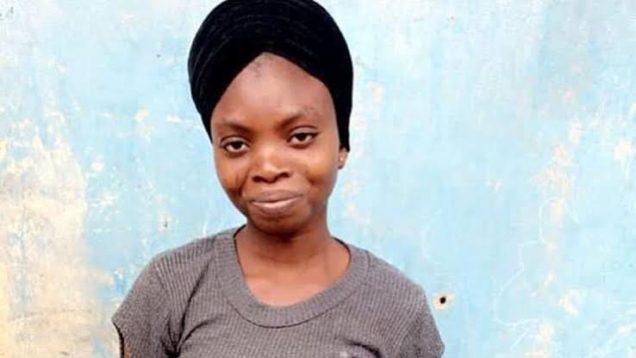 She was buried at the Atan Cemetery, in Yaba on Friday at 11 am.

Jumoke was hit by a bullet fired by police officers at Ojota while they were trying to disperse Yoruba nation agitators.

The Lagos State police command denied the allegations stating that no live bullet was fired during the protest.

Tajudeen Bakare, one of the Yoruba Nation protesters was later accused
of killing Jumoke by the police.

However, the charge was later withdrawn for lack of evidence.

The 25-year-old displayed soft drinks in a compound close to the rally ground where she was hit by the bullet.

Towards unraveling the cause of Jumoke’s death, Lagos State government set up a coroner’s inquest to investigate the cause of her death.

Inaugural sitting of the coronary inquest began on August 2, where Jumoke’s mother and boss were present.

It was adjourned until 6 September.