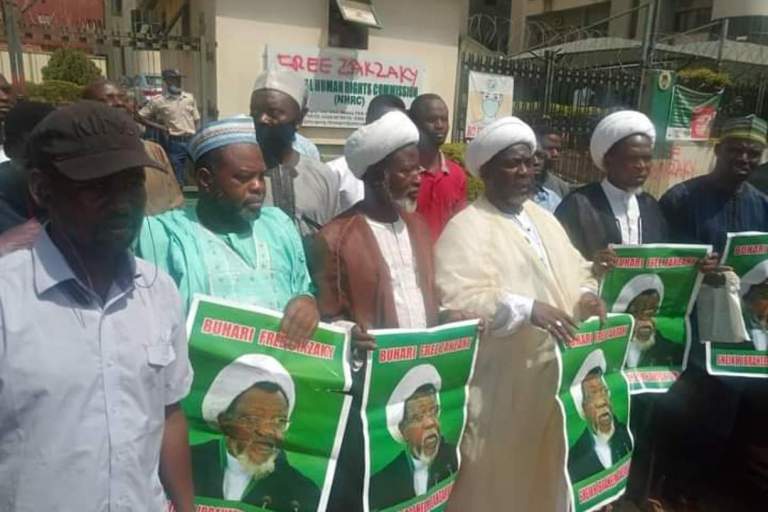 IMN members during a protest

The Special Task Force, Operation Safe Haven (OPSH) has banned members of the Islamic Movement of Nigeria led by Sheikh Ibrahim El-Zakzaky against protest in any part of the state.

The warning was conveyed in a statement signed by the Military Information Officer, Maj. Ishaku Takwa

“The protest, planned to hold nationwide including Plateau is scheduled for Friday, due to the health challenge of El -Zakzaky.

“In view of the above, we are hereby calling on members of IMN to shelve their plan to protest in the state,”he said.

Takwa said that the Commander of operation, Maj.-Gen. Ibrahim Ali, has ordered troops to ensure that the planned protest by members of IMN or any other group does not take place on the Plateau until full security of lives and property is guaranteed.