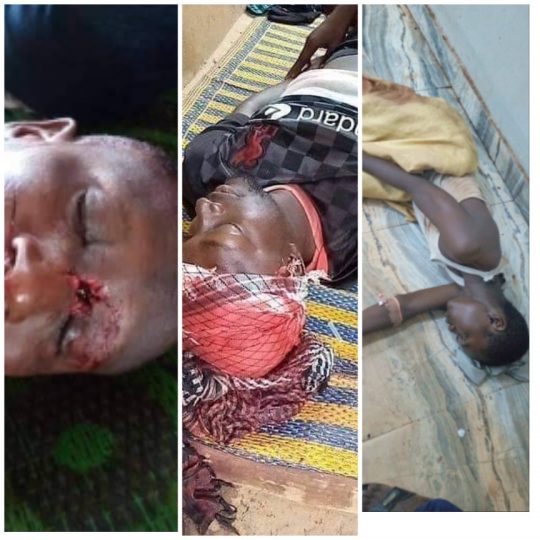 The Islamic Movement in Nigeria, IMN, has said officers of the Sokoto State Police Command killed 3 of its members and injured 12 on Thursday.

The group stated this in a statement sent to PM News on Friday.

IMN said police lied by claiming that “neither a Shi’ite member nor anybody was killed or injured,” after attacking Ashura mourners in Sokoto.

The group, however, identified Bello Muhammad Illela, Imrana Umar Yabo, and Hasan Abubakar Sokoto as the persons killed during the attack.

The attention of the Islamic Movement in Nigeria has been drawn to a mischievous press statement issued by the Sokoto State Police Command, claiming that “neither a Shi’ite member nor anybody was killed or injured,” after Policemen attacked Ashura mourners in Sokoto who were about to disperse, firing teargas canisters and live ammunition on Thursday, 19 August 2021.

Even though the Police Command in Sokoto claimed it acted professionally in quelling what it said was a clash between brothers and sisters of the Islamic Movement and some Area boys in Sokoto, it lied to the public, as if being transparent in its operations is not an act of professionalism.

Firstly, there wasn’t any clash that warranted the intervention of the Police in the first place. Probably that was what some security agents had planned and hoped for, but it never happened. The Ashura mourning procession started from Trade Fair on Kano road, passed through NNPC to Mahmud Gumi road and ended at Madam Karo peacefully without any incident. It was while the closing prayer was being said that the police started firing live bullets at the mourners.

Secondly, the Islamic Movement has in its possession the pictures of those killed and injured, which will be released to the public, to discern who the liar is in the killing of innocent citizens who came out to exercise their constitutional rights of freedom of association and religion during Ashura commemoration anniversary.

The following are those killed by the police as a result of bullet wounds they sustained during the attack: Bello Muhammad Illela, Imrana Umar Yabo, and Hasan Abubakar Sokoto. Their pictures are attached to this statement.

12 others were seriously injured and are being treated by the Islamic Movement.

At Least the public deserves to know the truth from those who are entrusted with protecting their lives and properties, but instead the police choose to protect its own members, who we believe acted pre-judiciously.

We, therefore, call on the Sokoto State Police Command to own up to the cold murder of unarmed civilians yesterday, and pay the blood ransom prescribed by Islamic Shari’a and offer apologies to the public for the erroneous press statement it issued in regard to the needless attack it carried out against the Ashura mourners.

Similar Ashura processions were held across the country, in various state capitals and major towns, including the Federal Capital Territory, Abuja. There wasn’t any report of a breach of the peace by the security agents in those states, why is Sokoto different?