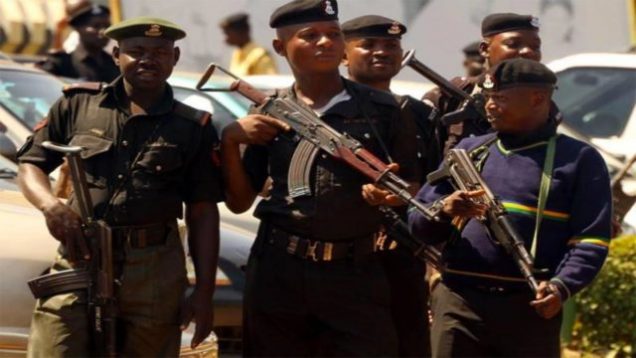 The command’s Public Relation Officer (PPRO), DSP Abimbola Oyeyemi, disclosed this in a statement made available on Saturday to newsmen in Ota.

Oyeyemi said the feat was recorded in furtherance to bush combing operation in search of kidnappers terrorising different parts of the state.

According to him, men of the command, in the early hours of Saturday, engaged the suspected kidnappers in gun duel at the Bere forest.

“This is as a result of information received by the command from members of the public that the AK-47 bearing hoodlums, numbering about six were sighted in the forest, possibly waiting for the appropriate time to strike.

“Upon the information, the Commissioner of Police, CP Edward Ajogun, quickly deployed the command’s tactical teams, coordinated by the Divisional Police Officer, Owode Egba Division, CSP Olusola Oniyiku, to the forest in search of the hoodlums.

“While the combing was going on, the hoodlums, on sighting the policemen, opened fire on them, and gun battle ensued between them.

“At the end of the encounter, one of the bandits was shot dead on the spot, while others escaped with varying degrees of gunshot injuries,” he said.

The PPRO said that one of the bandits with bullets wound was arrested in the bush, but gave up the ghost few minutes after.

Oyeyemi said the latest rifle recovery made by the command brought it to four AK-47 rifles recovered within two weeks.

He said four sachets of tramadol were also recovered from them.

The commissioner of police has ordered massive manhunt for the remaining members of the gang.

He also appealed to members of the public, especially medical facilities, not to hesitate to inform the police, if anyone with gunshot wounds was seen in their area.

The police boss assured residents that the command would not rest on its oars until the state was rid of criminal elements.