How Paul Yungi Cho invited me to pray for him - Adeboye 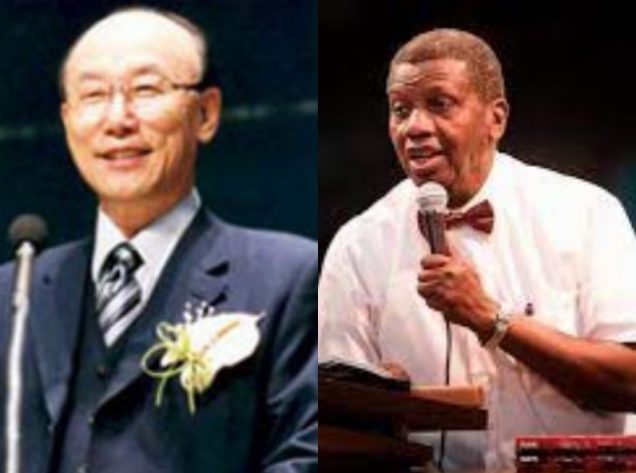 General Overseer, Redeemed Christian Church of God (RCCG), Pastor Enoch Adeboye has narrated how  Paul Yungi Cho, who used to have the largest single congregation in the world, invited him to pray for him.
Adeboye spoke at the RCCG The Americas 25th Annual Convention Tagged ‘A New Beginning.’
According to him, several years ago, he visited South Korea because he heard of a man who had the largest Church in the world.
Adeboye added: “He had a congregation of half a million people, by the time I visited him, he had an auditorium that could take approximately fifty thousand people, he was having seven services on Sundays.
“I heard him say in the service that we attended telling the members who came one Sunday to please not come back next Sunday so that those who couldn’t come last Sunday can come next Sunday. I said God, so you can do this?
He said some years ago, he returned to South Korea and had a meeting with the same man.
“The first time I was there, people like me cannot come near the office but this time around, I went to his office at his invitation, when we met he said I have heard of you, will you please pray for me?
“There is somebody here today, by the time God finishes with you, the people you are looking up to will one day come and say please pray for me,” he said.
Tags:   Pastor Enoch Adeboye   Paul Yungi Cho