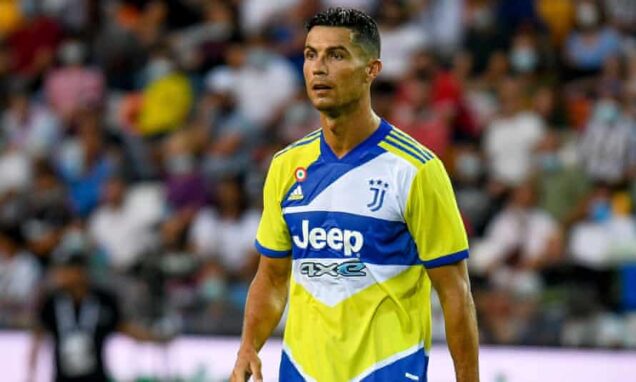 Juventus forward, Cristiano Ronaldo may have agreed a two-year deal to return to Manchester as speculations continue to mount on his exit from Italy.

ESPN sighting sources in Spain reports that Ronaldo struck the deal with City, and would earn €15 million per season, about half of what he earns in Turin.

Reportedly, after all hopes of signing Harry Kane was lost, Ronaldo became a possibility for the citizens.

Towards completing the Portuguese move to England his agent, Jorge Mendes had flown to England to settle Ronaldo’s future, as both Ronaldo and Juventus are willing to part ways.

However, while the 36-year-old has agreed terms with City, no deal has yet been struck between the team and Juventus.

The Italian club are seeking a €25m transfer fee for the 36-year-old and would be interested in signing City forward Gabriel Jesus.

City on the other hand do not want to pay a transfer fee or let their Brazil international leave this summer.