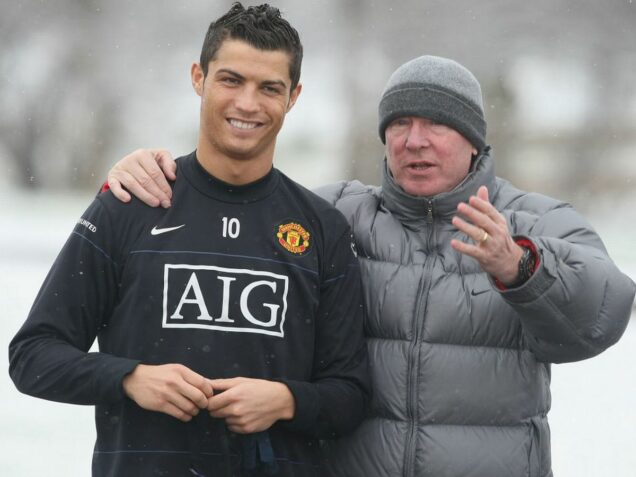 According to Manchester Evening, Manchester United have now submitted a 2-year deal to Ronaldo in a bid to bring him back to Old Trafford.

The Manchester paper reported that Ferguson who has a father-son relationship with Ronaldo called him on Friday morning and told him to favour a move to Manchester United.

However, Manchester United are yet to issue a statement but manager Ole Gunnar Solskjaer refused to rule out the possibility of Ronaldo’s return.

“And it’s been speculation this morning and the last few days.

“We’ve always had good communication. I know Bruno [Fernandes]’s been talking to him as well and he knows what we feel about him. And if he was ever gonna move away from Juventus he knows we’re here.

“We focus on the ones we have there, I don’t want to speculate too much on Cristiano, what’s happening there with the press.

“Such a tremendous human being, as well. Let’s see what happens with Cristiano. Everyone who’s played with him has a soft spot for him.

“I could’ve been in that box and scored- a few, the ones he scored just tap-ins and stuff,” Solskjaer laughed at the suggestion Ronaldo would be a handy goalscorer. “As I said earlier, he’s probably the greatest player of all time, arguably, him and Messi, but then it is what it is.”

Meanwhile, Manchester City manager Pep Guardiola believes Ronaldo will be the one to decide where he goes.

“Cristiano was at Juventus, I think a Juventus player. Only I can say that in three or four days left in the transfer window everything can happen.

“In my personal view there are few players, Ronaldo and Messi included, that they decide where they are going to play. They are the leading role in the negotiations. Right now I’m delighted with the squad we have and we’ll stay the same.

“There are many things right now that are far, far away.”