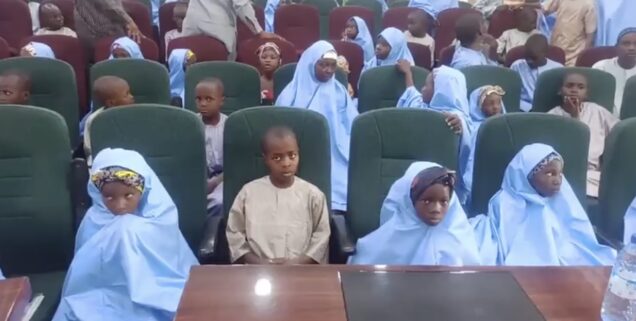 The children of the school in Rafi Local Government Area of the state were abducted on May 30 by gun toting bandits.

The 130 pupils were reportedly dumped around Birnin- Gwari town in Kaduna State at about 7.30 p.m. on Thursday.

Six of the children died of malnutrition and fever.

The children were transported to Minna today.