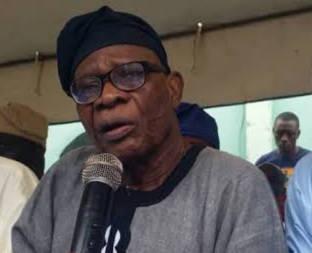 Governor Seyi Makinde of Oyo State, on Thursday, described the death of a former Secretary to the Oyo State Government, Chief Busari Adebisi, as a huge loss to the state at this critical time.

Governor Makinde, who commiserated with the family, friends, and political associates of the renowned politician, prayed to Allah to grant him Aljannah Firdaus.

According to a statement by the Chief Press Secretary to the governor, Mr. Taiwo Adisa, Makinde described Adebisi, a prominent member of the Coalition of Political Parties that collaborated for his victory in the 2019 election, as a true democrat and statesman.

He added that his death has created another gap in the state and the country, as according to him, the country needs elder statesmen with wealth of experience in different areas now, more than ever before.

The governor said: “I received the news of the passing unto glory of Chief Busari Adebisi, a former Secretary to the State Government in the state, who later served as Chairman of the Oyo State Universal Basic Education Board.

“Pa. Busari Adebisi ticks all the boxes of statesmanship; he is one of those elders with immense wealth of experience and patriotism needed to reposition our state and country.

“Certainly, his death has left a huge gap in the state and the country.

“I commiserate with all members of the Adebisi family, Chief Adebisi’s friends and political associates and pray that God gives them all the fortitude to bear the loss.”