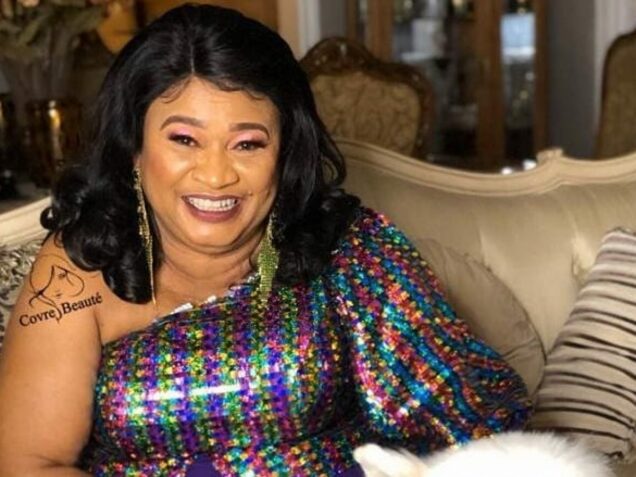 Nollywood actors such as Saheed Balogun, Fred Amata have paid tributes to the late actress, Rachel Oniga, as she was laid to rest on Friday.

Oniga died on 30 July, at a Lagos hospital after her battle with heart-related illness.

She was buried today in a private ceremony in Lagos.

Saheed Balogun described Oniga as a nice, caring and articulate woman who was so full of life.

He said Oniga was fond of rendering useful pieces of advice to movie directors on set, which could not be jettisoned.

According to him, the actress will be sorely missed due to her unique qualities, adding that the Nollywood industry needs lots of prayers.

Balogun urged Nigerians to pray for the industry, to forestall the untimely deaths of practitioners in the sector.

“Madam Rachel Oniga will be sorely missed; she was a nice and caring woman, so articulate.

“May her soul rest in peace. But we need serious prayers in the industry, the rate at which we are recording deaths is too alarming,” he said.

Also, Fred Amata, a Nollywood actor and former President of, Directors Guild of Nigeria, described the late actress as a unique woman.

“Rachel Oniga’s death was so shocking; she was an enigma. May her soul find eternal rest,” he said.