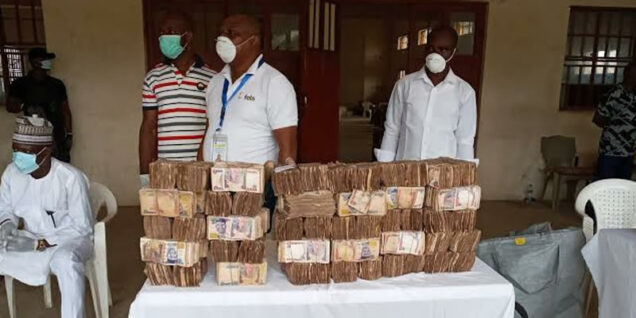 Abia Government has so far disbursed over N630 million to 9,347 beneficiaries of the Federal Government’s Conditional Cash Transfer in six pilot local government areas of the state.

The Head of the Unit of the programme in the state, Mr Okeziem Nwoko, disclosed this to the News Agency of Nigeria (NAN) in Umuahia on Saturday.

Nwoko said the money was disbursed during the first and second circles of the programme, covering September 2018, when it began, to August 2020.

He said the third circle, which was divided into three categories, started on Friday, with the first to cover September through December last year.

He said that each beneficiary was entitled to N20,000, with all totalling N186.9 million.

He said the subsequent payment circle would cover 22,815 beneficiaries, which would include the December additional enrollment.

The programme was relaxed in Abia last year following the suspension of the former State Coordinator.

Nwoko said the pilot scheme had performed creditably with over 432 cooperatives formed in the six benefitting council areas of Abia.

He said the cooperatives were formed in line with the objective of the programme to build the capacity of the beneficiaries “to be able to manage their resources and overcome poverty”.

He said the cooperatives would also enable the members to access loans and agricultural inputs.

Nwoko, therefore, advised all the programme beneficiaries to endeavour to register with cooperative societies in their area.

He expressed the hope that the remaining 11 LGAs of the state would be enrolled as soon as the pilot scheme was completed.