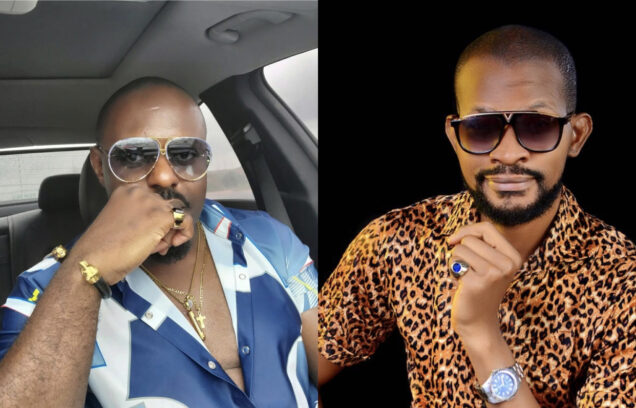 Nollywood actor, Jim Iyke has revealed that he has settled with his controversial colleague, Uche Maduagwu after both were involved in a nasty fight some days ago.

Iyke had been involved in a nasty fight with Maduagwu in a viral video that surfaced on social media on Tuesday.

He also called on the anti-corruption body, the Economic and Financial Crimes Commission (EFCC) to investigate Iyke.

Iyke, however, in a recent interview with BBC Igbo, said the rift is over.

The actor stressed that the incident was not a stunt and he had gone to dialogue with Maduagwu when the incident escalated.

He urged Maduagwu to stop making a mockery of other celebrities with his social media posts.