Ronaldo may play against Newcastle - Solskjaer 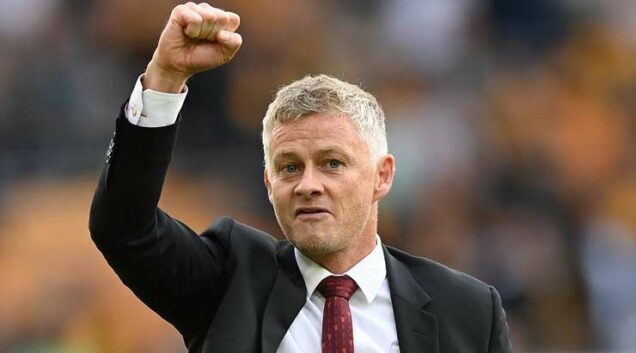 Manchester United’s boss, Ole Gunnar Solskjaer says Cristiano Ronaldo will hopefully play his first game against Newcastle on his return to the club.

Solskjaer spoke after United beat Wolves by a lone goal on Sunday.

“I hope he (Ronaldo) will. We’re working to get that done. He’s a special boy, or man now, he was a boy when I played with him. Of course we want to get that over the line.

“Of course the players are excited, some have played with him in their national team. You see the fans – they’re excited. That’s what he does, he’s a special player,” he said.

On Raphael Varane, the United boss said “He was class. Composed, experienced, good on the ball, in the air. He’s got everything as a centre-back so I’m delighted with his performance.”

On the win against Wolves, he said: “It’s been a good week, seven points on the board. We said last week after the draw, if we win the next one, it might not be a bad draw.”