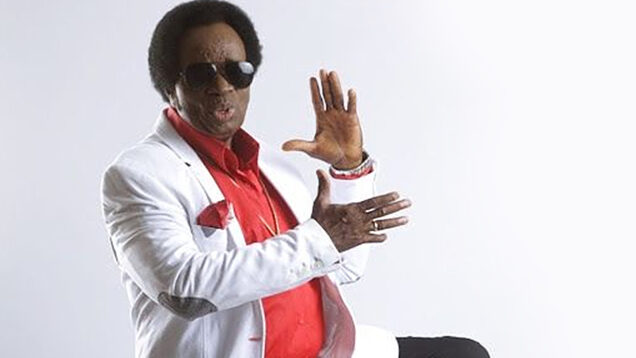 Tee Mac, the former president of Performing Musicians Association of Nigeria (PMAN), said that the nation had lost a special musician who was always available to help young artistes and uplift the entertainment industry.

According to him, late Uwaifo was a very active member of the Performing Musicians Association of Nigeria (PMAN) and that as the Chairman of the Entertainment Foundation, he will ensure that Uwaifo’s legacies were sustained.

“Victor Uwaifo’s death is a sad development, as an artist, he was constant with his art works, he represents to me a true artist, from making his sculptures, to music to painting and writing.

“I met him in November 1970 and since then we have attended many shows together, I go to his house and even slept in his house countless times. He was a great friend.

“I will speak with his family to ensure his museum is maintained because it is a tourist attraction,” he said.

Runsewe described late Uwaifo as a musician of a lifetime considering his huge contributions to the growth of the Nigerian entertainment industry.

Being a unique fellow, loaded with lots of talents, the late Uwaifo had contributed to the development of the entertainment industry and NCAC would immortalise him and his works, he said.

Runsewe noted that institutions and students also needed to study Uwaifo and his works, to spur their creativity in and inspire even unborn Nigerians.

“I had an encounter with him in 2019 during the commemoration of the National Festival of Arts and Culture (NAFEST) which was hosted in Benin.

“Until I met him, I never understood the philosophy behind his music, he took me down memory lane to how he came about his music “Joromi” and Mammi Water”.

“He showed me the car he made, honestly Nigeria has lost an icon to be remembered for a long time, we will miss him.

“I condole with the family to take solace in God and pray that God forgives his shortcomings and make him rest with Him. Truly, he has paid his dues and to this, the NCAC will be immortalising him so that unborn Nigerians will know who Victor Uwaifo was,” he said.

Similarly, legendary Fuji Musician, Adewale Ayuba described late Uwaifo as a responsible artist who had recorded zero controversies over the years, adding that he had left an indelible mark on his chosen career, as a calm and consistent artist.

He called on up-and-coming artistes to critically study the late musician’s works, life and times, as his life was a good example of how an artiste’s life should be.

” I condole with the family of Uwaifo, he was a responsible artiste, no controversies and has been consistent in his works, May his soul rest in peace.