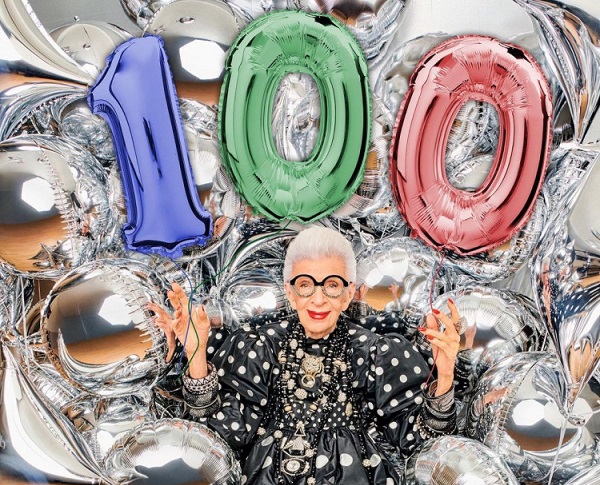 Iris Apfel, American businesswoman, interior designer, and fashion icon, dubbed as the “oldest teenager in the world, celebrated her 100th birthday in style on Sunday 29 August.

She is famous for being an inspiration to fashion fans and designers of all ages.

The fashion mogul took to her Instagram page to celebrate her birthday in a post she captioned “It’s not every day that you get to turn 100… May the celebrations commence!!!!
🎂🥳🎈1️⃣0️⃣0️⃣🎈🥳🎂
#iris100”.

Apfel is one of the industry’s oldest tastemakers who prides herself as a “geriatric starlet”.

After founding an international fabric manufacturing company with her late husband in the 50s, Apfel’s penchant for style quickly became world-renowned.

This informed why nine US presidents welcomed her on board as the interior designer for one of the most famous houses in the world, working with everyone from the Kennedys to the Clintons and earning her the nickname “First Lady of Fabric.”