I don’t want to have kids – Temmie Ovwasa 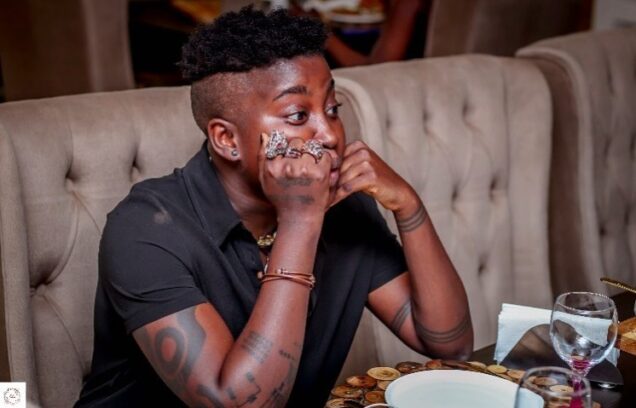 Nigerian queer singer Temmie Ovwasa has revealed that she does not want to have children.

She said she doesn’t want her kid to end up becoming a heterosexual.

“There are so many reasons I don’t want to have kids, but on top of that list is my heterophobia. Imagine gathering money to find a sperm donor, to have a child and that child turns out to be a heterosexual, a heterosexual in my home,” she said.

Olamide signed Temmie Ovwasa in August 2015 after he liked all of her music posts on Instagram and sent her a direct message and also invited her to Lagos.

She released her debut album tagged “E Be Like Say Dem Swear For Me“ in November 2020.

Mostly the songs are produced by Type A except three tracks produced by Candy Brown and Funmi.