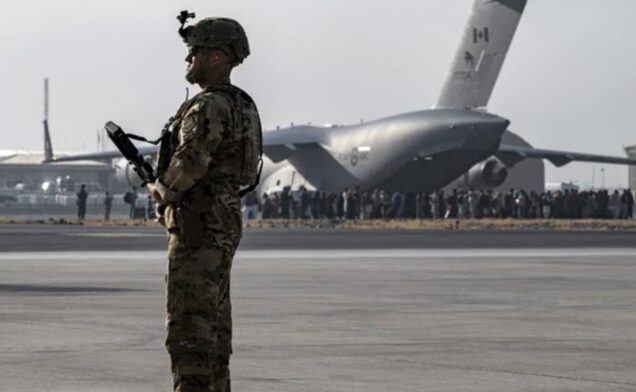 As many as five rockets were fired at Kabul’s international airport but were intercepted by a missile defense system.

The rockets came as the United States’ nears the complete withdrawal of its troops from the city.

A U.S. official, speaking on the condition of anonymity, said the rockets were fired early Monday morning Kabul time.

It was unclear if all were brought down by the defense system.

Initial reports did not indicate any U.S. casualties, but that information could change, the official said.

Earlier on Sunday, American forces launched a drone strike in Kabul targeting a suicide bomber in a vehicle who was aiming to attack the airport.

There is increasing concern that Islamic State militants will launch further attacks on the airport as U.S. troops hurry to evacuate remaining American citizens and at-risk Afghans, before competing their own withdrawal by Aug. 31.

Officials had warned in the past that ISIS-K militants were looking to target the airport with rockets.

But the United States has experience in countering such rockets, primarily in Iraq, and had already installed missile defense systems.

“We know that they (ISIS-K) would like to lob a rocket in there, if they could,” General Frank McKenzie, head of U.S. Central Command, told reporters in Washington last week.

“Now we actually have pretty good protection against that. We have our anti-rocket and mortar system,” McKenzie said.

There is greater concern about suicide bombers and car bombs attacking the airport, after a suicide bomb attack on Thursday that killed scores of Afghans and 13 U.S. service members.

On Saturday, U.S. President Joe Biden said the situation on the ground remained extremely dangerous, and that his military chiefs had told him another militant attack was highly likely within the next 24-36 hours.