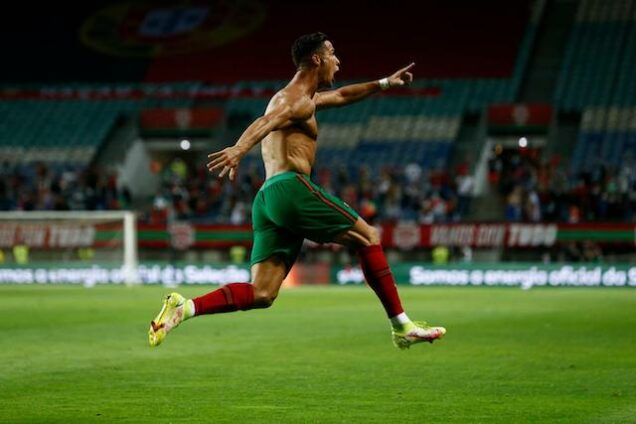 Portugal’s Cristiano Ronaldo is now the all-time international scorer in men’s football with 111 goals, with a brace scored against Ireland, after missing a penalty.

He also delivered a stunning comeback for Portugal in Group A of World Cup Qualifying on Wednesday.

John Egan headed Ireland into a shock lead from a corner on the stroke of half-time after Diogo Jota had hit the post for the hosts.

It looked as if it was going to be a frustrating night for Ronaldo and his side before the 36-year-old levelled the scores in the 89th minute to surpass Iranian Ali Daei’s record of 109 goals with a towering header.

He then produced a carbon copy in the sixth minute of stoppage time to score goal number 111 and secure all three points for the hosts.

The result means manager Stephen Kenny remains without a competitive win with Ireland, who sit joint bottom of Group A with no points from three games.

Portugal are top on 10 points after four games, three ahead of Serbia, who have played a game fewer.