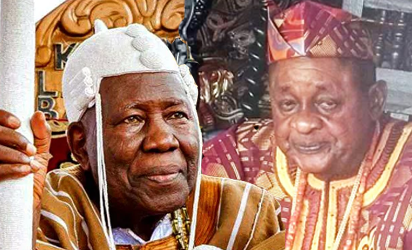 The Alaafin of Oyo, Oba Lamidi Adeyemi, and the Olubadan of Ibadanland, Oba Saliu Adetunji, could not gain access into the Lekan Salami Sports Complex on Wednesday evening.

The monarchs, who were there for the commissioning of the newly remodeled stadium, however, left in anger after they were prevented by security operatives at the entrance.

However, the spokesman for the Olubadan, Chief Adeola Oloko, confirmed the incident.

Responding to the questions concerning the shabby treatment of the monarchs, Oloko said, “Very true despite having the entry requirements.”

Oloko added that Governor Seyi Makinde had nothing to do with the ugly incident.

He commended the governor for a good job but blamed the overzealous security agents for what he called a lack of discretion.

The spokesman for the Alaafin, Bode Durojaye, also confirmed the incident.

He said, “Overzealousness of the security agents there prevented the Alaafin from entering. I did not go but I have just been briefed.”