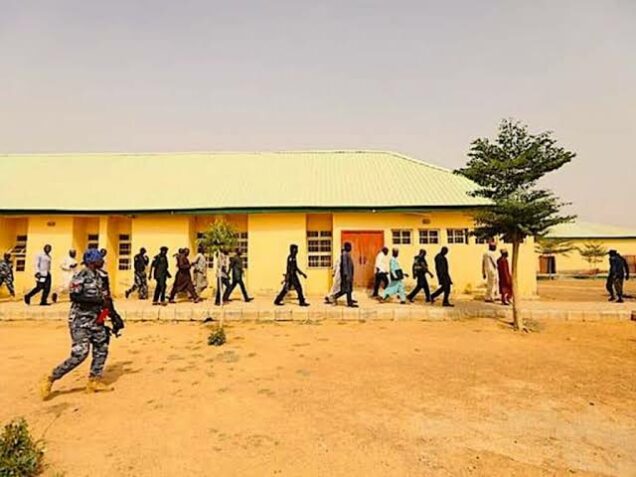 The Zamfara State Police Command on Thursday said five of the 73 abducted students of Government Day Secondary School, Kaya have been rescued.

Bandits had stormed the school in broad day light on Wednesday and abducted 73 students.

Command’s spokesman, SP Mohammed Shehu, in a statement,said the Zamfara State Police Command wished to announce the unconditional and safe rescue of five out of the 73 abducted students of Government Day Secondary school Kaya in Maradun LGA.

“It would be recalled that, upon the abduction of 73 Male and Female students, the Zamfara State Police Command in Collaboration with other security agencies and the state government have swung into action by deploying a joint search and rescue team to Kaya and its environ to effectively rescue the abducted students and reunite them with their families.

“The victims were medically checked at the hospital, debriefed by the Police and reunite the victims with their families,” he said.

He added that the Commissioner of Police CP Ayuba Elkana had assured the people of the State that, the ongoing search and rescue effort would be sustained, so that the remaining abducted students would be rescued hale and hearty.