It's illegal, don't acquire arms for self defence - CDS Irabor 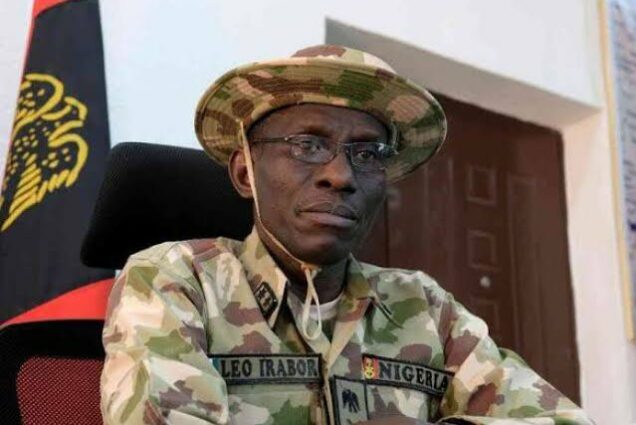 The Chief of Defence Staff (CDS) General Lucky Irabor has said that it is illegal for Nigerians to stockpile weapons for self defence.

Irabor’s position contradicted the advice by Governor of Katsina State, Aminu Masari and Benue State, Samuel Ortom to their citizens.

The Army chief while speaking during a media chat at the headquarters of Operation Safe Haven (OPSH) in Jos, Plateau State capital said taking up arms for self defence is against the law.

Gen Irabor said for no reason should citizens acquire arms for self defence.

He gave out other ways Nigerians could ensure their safety without any need to take up weapons.

“It has to do with you taking measures to ensure that you run into safety. You prevent any movement that is injurious to you; knowing who your neighbour is. Knowing what your neighbour is made up. Knowing the character of your neighbour and your locality and knowing bad elements around your environment”, he said.

He urged Nigerians to educate their neighbours that people don’t need to carry arms to defend themselves.

“What you see that is abnormal you report to the security. It is not until you carry weapons that you can defend yourself. So, defending yourself is not about carrying guns,” he said.