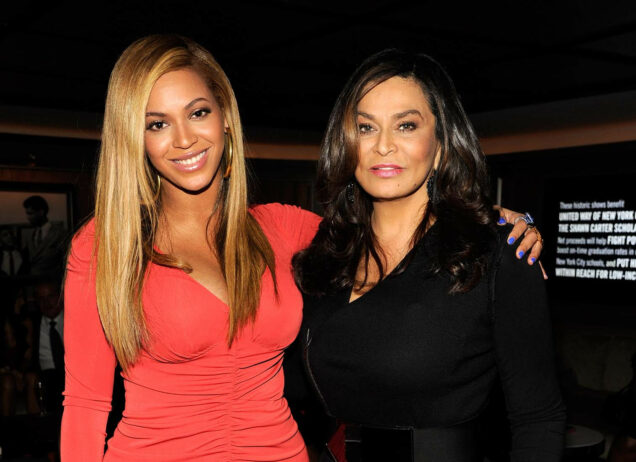 Tina Knowles took to Instagram Saturday to celebrate her daughter Beyonce, writing a long tribute and sharing a video and a pictorial of her 40-year journey so far.

“You are the most honest, intelligent and creative person I know ! That Virgo mind is always 10 steps ahead . There is not a mean bone in your body and no bitterness in your heart!!”, Tina, who is 67, wrote.

The video Tina shared about her daughter showed the singer listing all of the things she hoped to do by the age of 40, simultaneously with a confirmatory reel of her actually doing them.

Equally interesting is the pictorial montage of Beyonce’s career of over two decades.

Tina Knowles wrote an accompanying tribute, along with the montage:

Beyoncé was the first person to hug me the day my mother died. We had had just arrived at East Hampton airport when my sister called with the news. I got out of the car and leaned against it, flipping through my thoughts and emotions. Although I have dealt with death many times, it has never been as I had thought it would be. And this time was no different.

I felt a hand on my shoulder, turned around and there she stood. “Louie told me.” she said, “Can I give you a hug?” I nodded yes and fell into her embrace. All she said was, “I’m sorry. I’m so sorry.” And as she walked away to board the waiting helicopter she added, “Let me know if you need anything.”

A couple of years later when Beyoncé learned of my cancer diagnosis, she became my cheerleader for a complete and speedy recovery. “We’re going to beat this thing,” she said, signaling her partnership in what has probably been the greatest fight of my life.

I’m saying all this to say that I know her to be a kind, compassionate and generous soul whose foundation in life is love. And today, on the occasion of the 40th anniversary of her being born, I’m deeply grateful for the love she has shown me over these many years and for the leadership she’s shown us all in transforming the planet into a world that works for everyone.

Wherever you are right now, @beyonce , happy birthday and thank you… with love.

She followed up with another tribute, in which she commended Beyonce for accomplishing every set goal.

Wow you reached every one of your goals and then some. You deserve it baby , And every other blessing that God has bestowed upon you ! God knows who to give the gifts to!!! He knows who will work hard at it! Who will pass on those blessings to others. Who will not let their ego get bigger than them. Who will be kind and generous , who chooses to be positive and not be judge-mental a critic or a hater. You are the most honest, intelligent and creative person I know ! That Virgo mind is always 10 steps ahead . There is not a mean bone in your body and no bitterness in your heart!! (Sometimes that is mind boggling ) somehow you have managedto look at the glass half full!! . Even with all of your success you have managed to still be an amazing humble , caring human being! You are loved by so many !! So on this day I say Thankyou for Forty years of love filled , inspiring, joyful , proud momma moments .”I wouldn’t trade you for anybody else” love mama❤️❤️❤️🎂🎂. Thanks repost from @_beylegion. PS. Today I look at you and see true Happiness !! With an amazing man that loves you and children that adore you !!! Nothing or no one can mess with that kind of love and happiness! I Just want the world to know !!! ❤️

Lemonade star Beyonce is the most nominated female artist in Grammy history.

Married to an accomplished rapper JayZ and entrepreneur, Beyonce has also carved a business empire for herself.

Her net worth, according to Forbes is circa $440million.

Her company, Parkwood Entertainment, has three artists signed to it, including Chloe x Halle and Sophie Beem.

It is also the parent company of her highly successful athletic clothing line, Ivy Park.

The clothing line was launched in 2016

Beyonce is also an actress and movie director.

She is credited as a director on the 2016’s visual album “Lemonade” and 2019’s “Homecoming,” a Netflix documentary about her being the first black woman to headline Coachella in 2018.