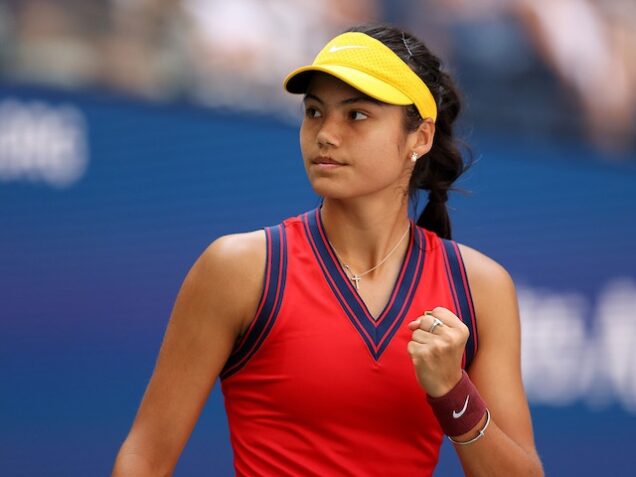 Emma Raducanu is into the semi-finals of a Grand Slam for the first time in her career after beating No.11 seed Belinda Bencic at the US Open.

Raducanu prevailed 6-3 6-4 over the Swiss star.

The British teenager who is just 18, also became the lowest ranked semi-finalist since Kim Clijsters in 2009.

She also reached the last four, by not dropping a single set, though she came in as a qualifier.

“Playing Belinda – she’s such a great opponent,” Raducanu said at the end of the match.

“Her ball speed definitely caught me off guard because she hits the ball so hard.”

The 18-year-old reached the Wimbledon fourth round on her Grand Slam debut just two months ago.

She is the second teenager at this stage after 19 year-old Canadian Leylah Fernandez.

“To have so many young players here doing so well just shows how strong the next generation is,” added Raducanu, who delighted a number of young fans by taking selfies with them before she walked off court.

“Everyone is on their trajectory. I’m just here taking care of what I can control, and it’s my own journey at the end of the day.”