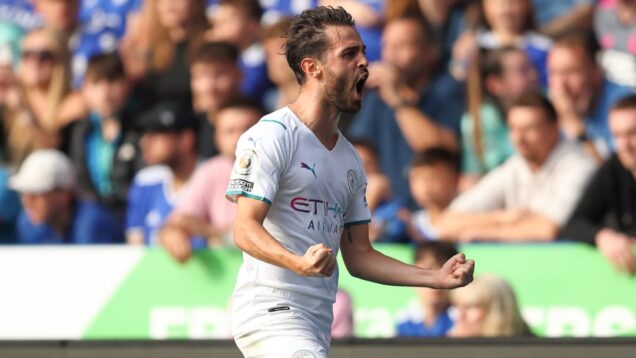 Manchester City made had the final say on Saturday as they battled to a well-earned 1-0 win over Leicester City.

The game got off to a red-hot start, with both Gabriel Jesus and Harvey Barnes coming close to opening the scoring within a few minutes. It was City who dominated possession, as Leicester continued to threaten on counter-attacks.

City spent the rest of the first half knocking on the door and could have found the back of the net but Leicester kept them at bay.

The Foxes came out firing after the interval. Barnes headed against the crossbar just two minutes in and Jamie Vardy had the ball in the back of the net soon after, only to see his strike ruled out for offside.

City made their breakthrough shortly after the hour mark as Bernardo Silva fired home from close range after some deflection in the box.