Henderson shoots Liverpool ahead of Atletico in Group B 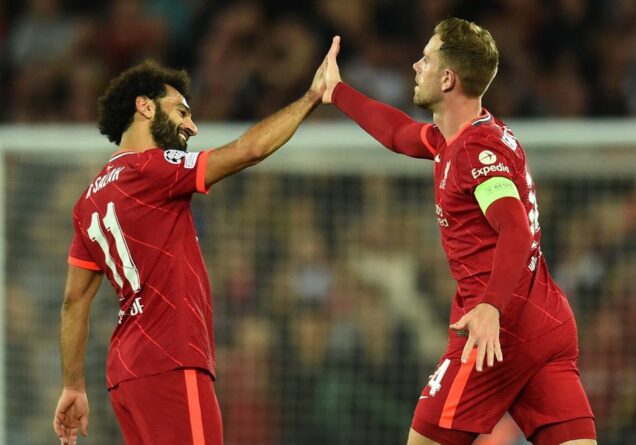 Atletico Madrid drew 0-0 at home to FC Porto, while Liverpool captain Jordan Henderson struck a rare UEFA Champions League goal to earn his side a 3-2 victory over AC Milan and leadership of Group B.

In the rip-roaring Group B match at Anfield, Henderson rifled home in the 69th minute to settle an absorbing contest.

Taremi bundled the ball into the net in the 80th minute from the floor after a mix-up between Atletico Madrid defender Renan Lodi and goalkeeper Jan Oblak.

But the goal was ruled out as the Iranian forward had handled the ball as he slid to the ground.

Luis Suarez fizzed the resulting free-kick inches over the bar.

The Uruguayan had also gone close to breaking the deadlock late in the first half with a free-kick which cleared the wall but went narrowly above the bar.

“FC Porto were very good in the game. We lacked a bit of creativity and we had few chances. When you play against a team who wants to play on the counter, its always difficult,” said Oblak.

The Anfield match was a grand contest, between the two European heavyweights whose only two previous meetings had been in finals.

With Anfield welcoming back fans for a UEFA Champions League night for the first time in 18 months, Liverpool had threatened to run riot.

Fikayo Tomori’s own goal handed them an early lead in a barn-storming start.

Remarkably, after weathering the storm which included a Mohamed Salah penalty kick miss, AC Milan struck twice in quick succession at the end of the first half.

The duo of Ante Rebic and Brahim Diaz scored to silence the home crowd within three minutes.

AC Milan then had a goal disallowed shortly after the break before Salah made amends for his penalty kick miss by equalising from close range in the 49th minute.

The outcome was still in doubt until Henderson capped a memorable Anfield night with a thumping effort —- only his second in the competition and first for seven years.

“For half an hour we blew them away,” Liverpool left-back Andy Robertson said.

“Then we got sloppy and stopped doing the things we were doing really well. We let them back into the game.

”We had to walk in at half-time thinking ‘how have we let this happen?’”

AC Milan’s return to Europe’s top club competition for the first time in seven years began in torrid fashion as the seven-time champions were initially overwhelmed.

With Zlatan Ibrahimovic unavailable and several players making their UEFA Champions League debut, AC Milan looked ill-equipped to compete and fell behind in the ninth minute.