The reconciliation comes after Nwachukwu was alleged by a blogger to have been the brain behind the breakup between Ekubo and his ex-fiancée, Fancy.

The blogger had reportedly told Nwachukwu to rest now that the relationship had ended in tears and the two were no longer showing each other love on Instagram.

In what seems like a silent makeup, Nwachukwu took the first step by commenting on a post Ekubo shared on Sunday about being a good human being.

He said with a smile, “ Be a good human being.
There is a huge opportunity in this area & very little competition.”

Netizens, however, have reacted to their comments by expressing happiness that the two finally settled their rift and chose peace. 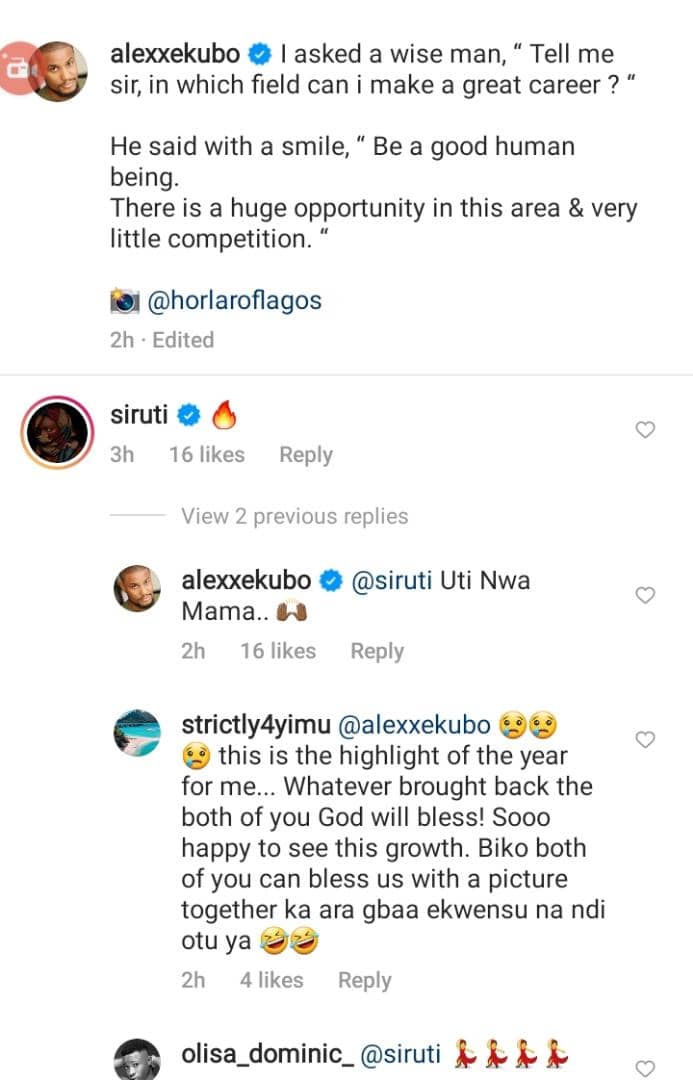