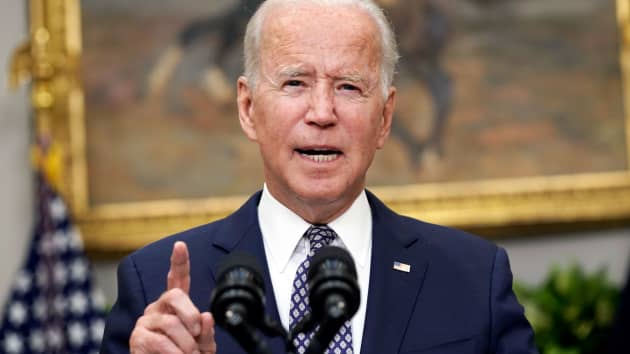 However, Biden, in a statement on Monday said “Ten years ago today, a great injustice was remedied and a tremendous weight was finally lifted off the shoulders of tens of thousands of dedicated American service members.

“The repeal of Don’t Ask, Don’t Tell, which formally barred gay, lesbian, and bisexual service members from openly serving, helped move our nation closer to its foundational promise of equality, dignity, and opportunity for all. It was the right thing to do. And, it showed once again that America is at its best when we lead not by the example of our power, but by the power of our example.”

He said despite serving with extraordinary honor and courage throughout US’ history, more than 100,000 American service members had been discharged because of their sexual orientation or gender identity—including some 14,000 under Don’t Ask, Don’t Tell.

“Many of these veterans received what are known as “other than honorable” discharges, excluding them and their families from the vitally important services and benefits they had sacrificed so much to earn.

“As a U.S. Senator, I supported allowing service members to serve openly, and as Vice President, I was proud to champion the repeal of this policy and to stand beside President Obama as he signed the Don’t Ask, Don’t Tell Repeal Act into law. As President, I am honored to be Commander-in-Chief of the strongest and most inclusive military in our nation’s history.

“Today, our military doesn’t just welcome LGBTQ+ service members—it is led at the highest levels by brave LGBTQ+ veterans, including Under Secretary of the Air Force Gina Ortiz Jones and Assistant Secretary of Defense for Readiness Shawn Skelly, who served under Don’t Ask, Don’t Tell.

“I was gratified to appoint the first openly gay Senate-confirmed Cabinet member, Secretary Pete Buttigieg, a lieutenant in the U.S. Navy Reserve and Afghanistan veteran who joined the military under the Don’t Ask, Don’t Tell policy. And during my first week in office, I proudly delivered on my pledge to repeal the discriminatory ban on open service by patriotic transgender service members,” he added.

According to Biden, on this day and every day, he was thankful for all of the LGBTQ+ service members and veterans who strengthened US’ military and the nation.

He said Americans must honour their sacrifice by continuing the fight for full equality for LGBTQ+ people, including by finally passing the Equality Act and living up to “our highest values of justice and equality for all.”