Jimoh in police net for impregnating daughter in Ogun 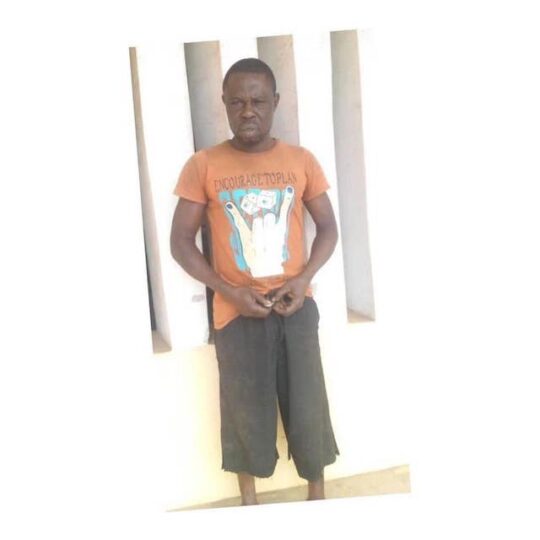 The police in Ogun have arrested a 45-year-old man, Olaoluwa Jimoh, for allegedly impregnating his daughter, in the Ode-Remo area of the state.

Police Spokesman in Ogun, DSP Abimbola Oyeyemi disclosed the arrest in a statement.

“The command arrested Jimoh, on Sept.16, for allegedly impregnating his 19-year-old daughter.

“The randy father was arrested following a complaint lodged at the Ode Remo Divisional Headquarters by the victim.

“The victim alleged that her father raped her many times and threatened to kill her if she informs anybody,” he said.

The spokesman said that the victim told the police that her mother separated from her father a long time ago.

“The victim lived with her mother until about two years ago when the suspect invited her to live with him.

“Upon the report, the DPO in Ode Remo division, CSP Fasogbon Olayemi quickly detailed his detectives to go after the suspect and he was promptly arrested.

“On interrogation, the suspect confessed to committing the crime but claimed that he was used by the devil,” he said.

Meanwhile, the Commissioner of Police, CP Edward Ajogun, has ordered the immediate transfer of the case to the state criminal investigation and intelligence department for further investigation and prosecution.