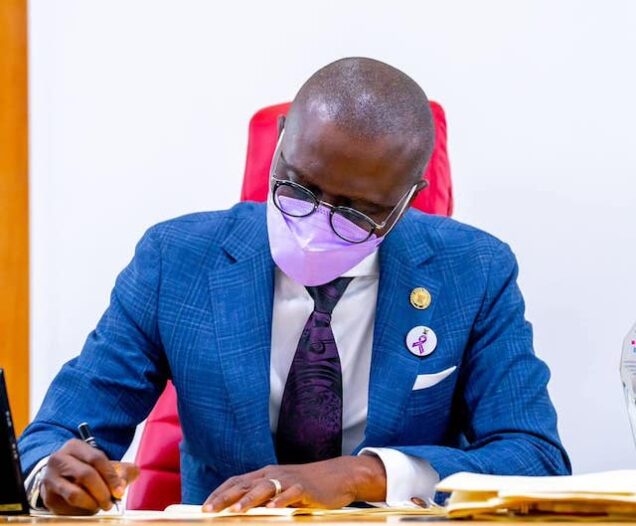 The commercial capital of the country became the 11th southern state to sign the anti-open grazing bill into law.

“I signed the Law to prohibit open cattle grazing, and the trespass of cattle on land in Lagos state.By this act, the Bill has now become a Law”, Sanwo-Olu said in a post on Facebook.

Southern States had held a meeting in Asaba, Delta state capital where they agreed to place a ban on open grazing across the region.

Lagos State House of Assembly passed the bill during plenary on September 9 with the speaker, Mudashiru Obasa, directing the clerk to send copies to the governor for assent.

Earlier in the month after the anti-open grazing bill scaled second reading, the House convened a public hearing, with different groups called to air their views on the matter.

When the southern governors met on July 5, part of their agreement was that by Wednesday, September 1, the anti-open grazing law would have taken effect in all member states.

However, only a few of the states met the deadline.

At the moment, the ban is in place in Ebonyi, Abia, Bayelsa, Rivers, Oyo, Ekiti, Ondo states, Delta, Akwa Ibom and Osun.

It is still in the legislative process in Enugu.

In Cross River and Ogun states, the bill has been passed by the state assembly but awaiting their governors’ assent.