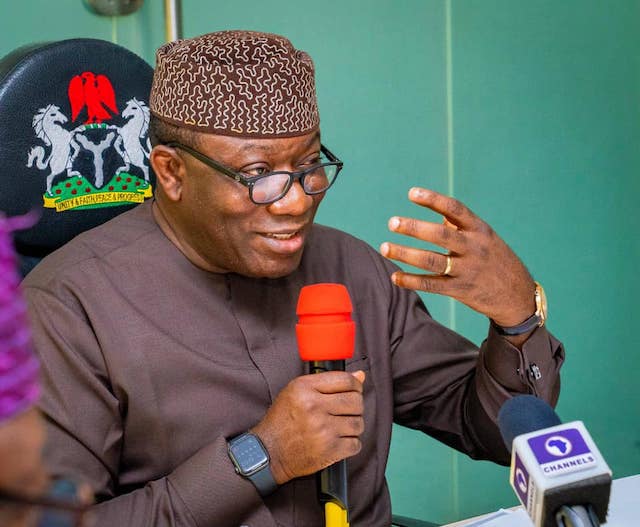 Ekiti State government said on Wednesday that it had approved the establishment of three new model colleges.

Prof. Femi Akinwumi, Chairman of the State Universal Basic Education Board (SUBEB), disclosed in Ado-Ekiti while receiving a Federal Government visitation team in his office.

Headed by Dr Tom Ohikhere, Publisher of APC online medium, the team was set up by the Federal Government to monitor Universal Basic Education Commission’s projects and programmes in some selected States.

Akinwumi said the new model colleges would accommodate the substantial increase in school enrolment in the state.

The commissioner also told the visiting team that the government decided to establish the model colleges to decongest secondary schools within and around Ado-Ekiti as well as open up new areas for urban development.

He listed security, pupil-friendly and conducive learning environment with suitable water and sanitation facilities as well as well-trained teachers as part of the initiatives to support the project.

“This is in similarity with the four model colleges earlier established by the Gov. Kayode Fayemi-led administration,’’ he said.

He attributed the remarkable increase in school enrolment in public schools in the state to improvement in the teaching and learning environment.

“This also includes the enhanced capacity and performance of teachers in the schools in the last three years,’’ he stressed.

Akinwumi assured that SUBEB would continue to make judicious use of all funds made available to it to improve the standard of education in the state.