Fashola: Why I will not join controversies over zoning 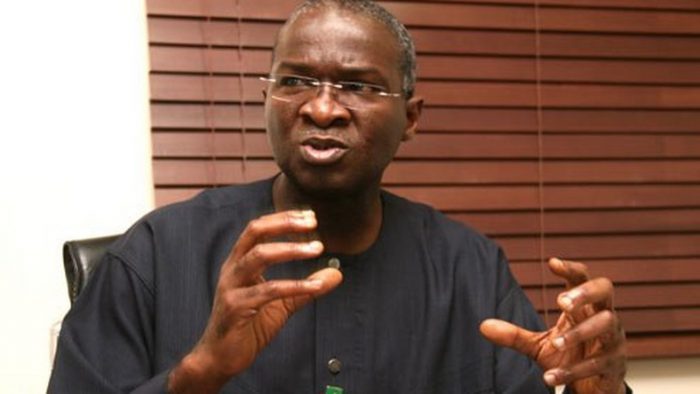 Former governor of Lagos, Babatunde Fashola has said he will not participate in the raging controversies over where  the ruling All Progressives Congress, APC should zone its presidential ticket for the 2023 general election.

But he said the ruling party should be allowed to make a decision on where to zone its presidential ticket for the next general election.

Fashola who is now the Minister of Works and Housing spoke while reacting to a question on the raging controversies over which of the zones in the country should get the presidential ticket of the ruling APC in the next general election in an interview with THISDAY newspaper.

The Minister who is one of those rumoured to be interested in succeeding President Muhammadu Buhari had in a previously  argued that the presidential ticket of APC should be zoned to the Southern part of the country.

But speaking to THISDAY newspaper, Fashola said he will rather not join in the ongoing controversies as his opinion can only help to raise tension.

“But I say that even agreements written may not be as important as the honour and so even if we just agree by word of mouth and it is not written. With all these raging north, raging south, let’s see how things go. You know, because I think the political environment itself is too charged now. One has to just leave it to the political parties.

“This is a decision that the party has to take. I am not the administrator of the party. My opinion, one way or the other on this matter can only help to raise tension. When the party decides, then, we’ll see.”